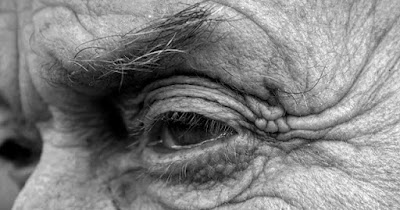 Many dangers stalk the bushlands of Tanzania while members of the Hadza people sleep, yet no one keeps watch.
There is no need because it seems that natural variation in sleep means there’s rarely a moment when someone isn’t alert enough to raise the alarm.
That’s the conclusion of a study that sheds new light on why teenagers sleep late while grandparents are often up at the crack of dawn. Fifty years ago, psychologist Frederick Snyder proposed that animals who live in groups stay vigilant during sleep, by having some stay awake while others rest. However, no one had tested this sentinel hypothesis in humans until now.
One way of maintaining this constant vigilance might be by the evolution of different chronotypes – individual differences in when we tend to sleep. This changes as we age, with teenagers shifting towards later bedtimes, and older people towards earlier bedtimes.
Would such variability be enough to keep a community safe at night? To investigate, David Samson, then at the University of Toronto in Canada, and his colleagues turned to the Hadza, a group of hunter-gatherers in northern Tanzania.
The Hadza sleep in grass huts, each containing one or two adults and often several children. They live in camps of around 30 adults, although several other camps may be close by.
Samson recruited 33 adults from two nearby groups of 22 huts and asked them to wear motion-sensors on their wrists to monitor sleep, for 20 days. “It turned out that it was extremely rare for there to be synchronous sleep,” says Samson, now at Duke University in Durham, North Carolina.
Indeed, at least one person was either awake, or sleeping lightly and could easily be roused, for 99.8 per cent of the sleep periods sampled, and on average eight of the adults were awake at any given time. Further analysis revealed that this variation in sleep timing could be almost entirely accounted for by the mixture of ages in the group.
Humans live longer than many other mammals. One theory is that there’s an evolutionary advantage to living beyond reproductive age because grandparents can help look after the children in a group – the grandmother hypothesis
This study suggests there may be another advantage: “We’re calling it the ‘poorly sleeping grandparent’ hypothesis,” says Samson. “Having a mixed-age demographic increases the sentinel-like behaviour within a group.”
The findings could also reassure those suffering from delayed sleep phase disorder, where people don’t fall asleep until 4 am or 5 am, or age-related insomnia. “This normalises the experience of those individuals, and sometimes that can be all it takes to get a better night's sleep,” Samson says.
Journal reference: Proceedings of the Royal Society B, DOI: 10.1098/rspb.2017.0967