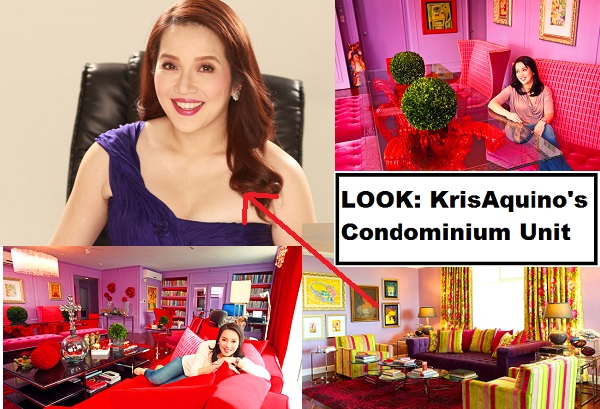 The Queen of all Media, Kris Aquino shared two adjacent units with her sons Josh and Bimby. A 330 sqm unit is registered in the name of Josh and had it named Laguna since it is facing the Laguna de Bay. The other 360 sqm unit in Bimby's name is called Forbes because of the nearby view of Forbes Park. Both units are filled with bright colors, bold patterns, and oversized furnitures. 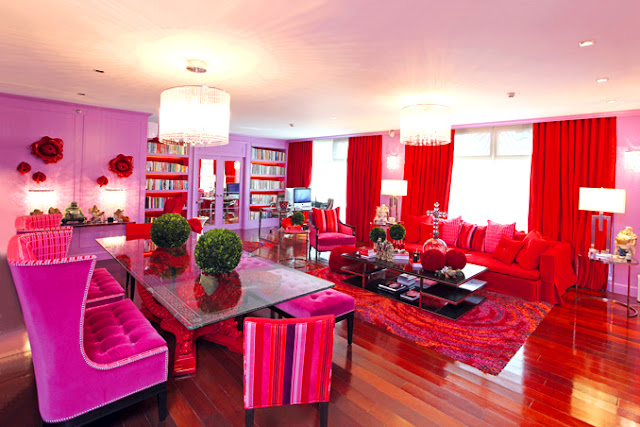 The living and dining room are just in one area with a rug only serves as a divider between both areas. It features a mixture of both old and new as some furniture came from her old house. 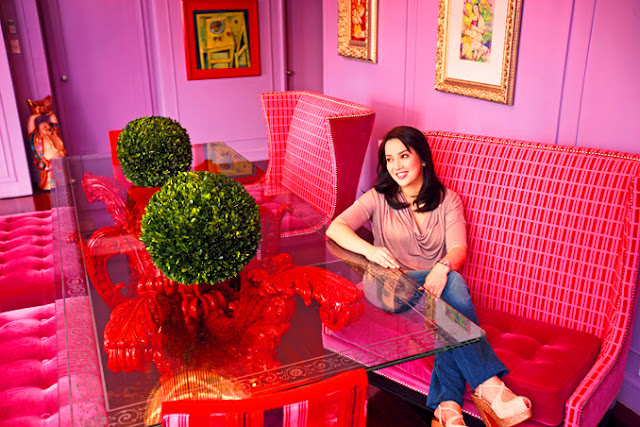 The design concept for her Laguna's unit space is loud, flamboyant, and unapologetic very much like the owner. The glass dining table used to be a part of her late mother's home in Quezon City. She opted to have the table's legs repainted to match her home's color palette. 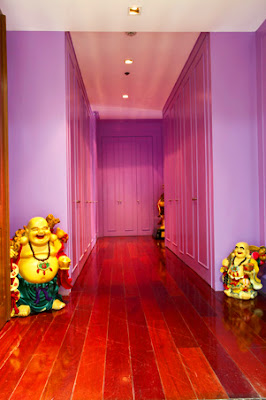 Since Kris believes in Feng Shui, she has a numerous collection of Buddhas that can be seen all over the place. She considers them as her lucky charms and that they attract good energy into her home. 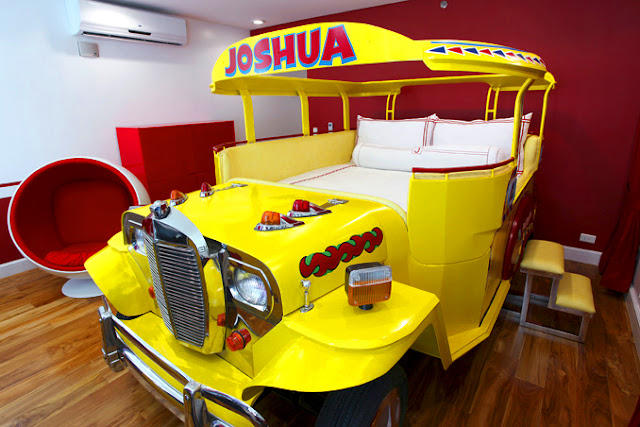 The master's bedroom at the Laguna unit belongs to her son Joshua. The bed custom-made bed comes from a jeepney frame. 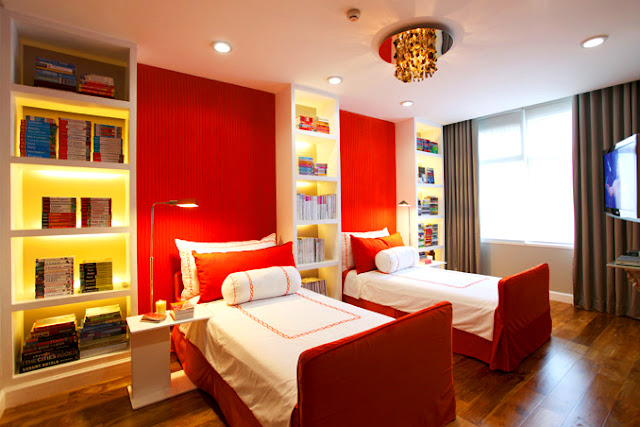 She even has a guest room painted in orange theme because it is believed that the color has an uplifting and anti-depressant effects. 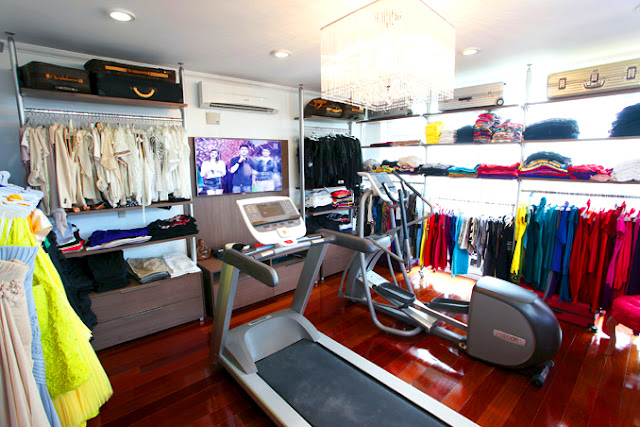 He walk-in closet is filled with her formal dresses and other pieces she uses for work. A treadmill and a step machine is placed in the middle. According to Kris, they are placed there to remind her that if she wants to fit in her clothes, she has to keep her body fit and toned. 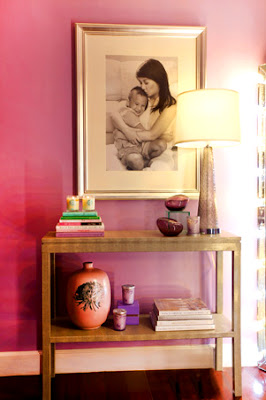 Upon the entrance to her other unit, the "Forbes" is this decorative open-shelf console table with a framed photo of her and Bimby above. 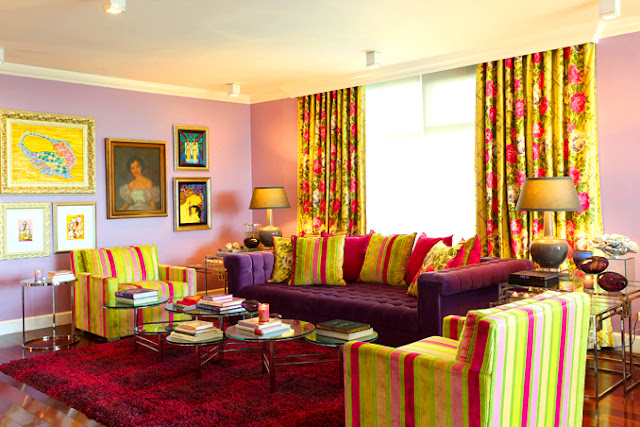 The living room in this unit has a lesser vibrant color compared to that of the Laguna. The floral curtains and striped throw-pillow covers in apple green and fuchsia add a chic and feminine feel. 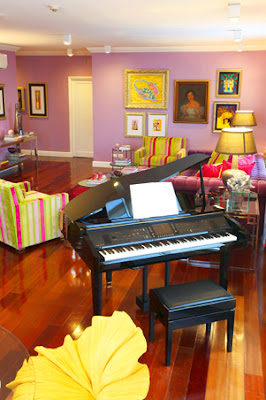 An electric baby grand piano is placed to complete the space. 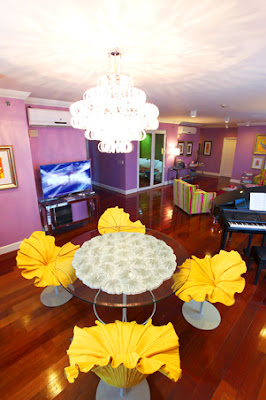 Kris' dining area is flower-inspired with bloom chairs and a glass-topped bouquet table. The area is illuminated by a chandelier. 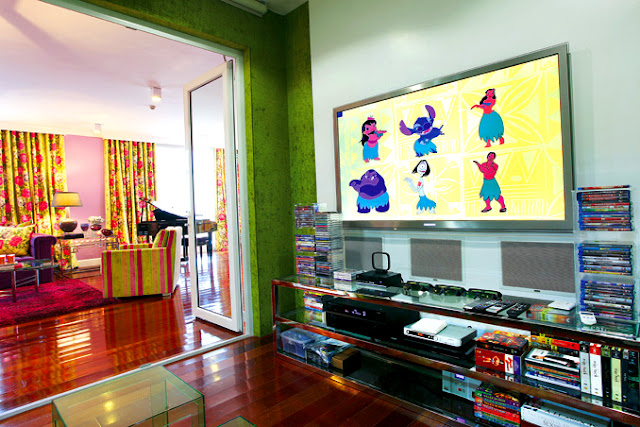 Kris spends quality time with her kids in her soundproof media room where they can watch movies on their mini-home theater system. 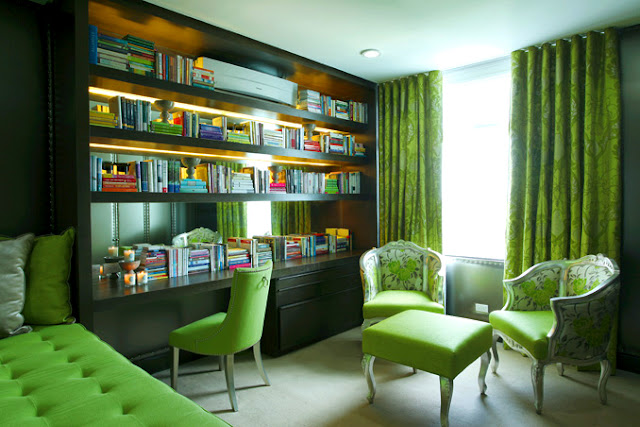 This is her other guest room with an apple green theme. The two chairs and ottoman were originally from her house in Valle Verde. The mirror on the bookshelf helps create an illusion of a wider space. 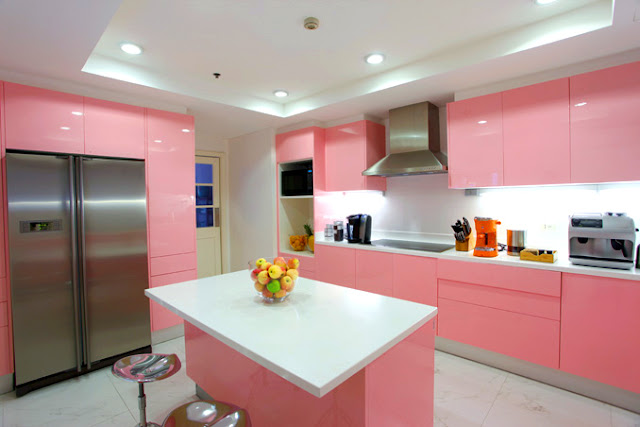 According to Kris, her favorite part of the house is her pink kitchen. She said that it is special to her coz it's pink. 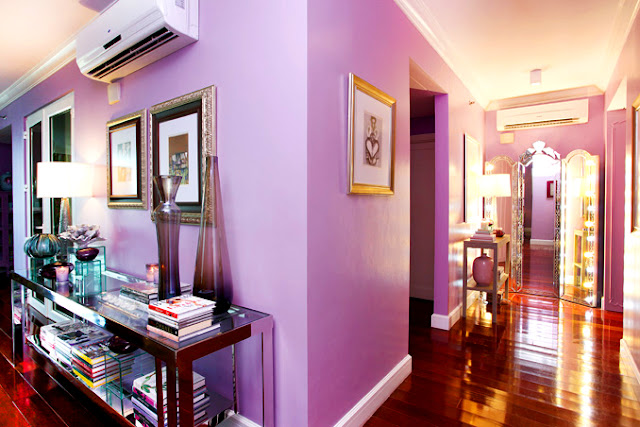 The hallway has tables placed near the walls to create more storage and display belongings. 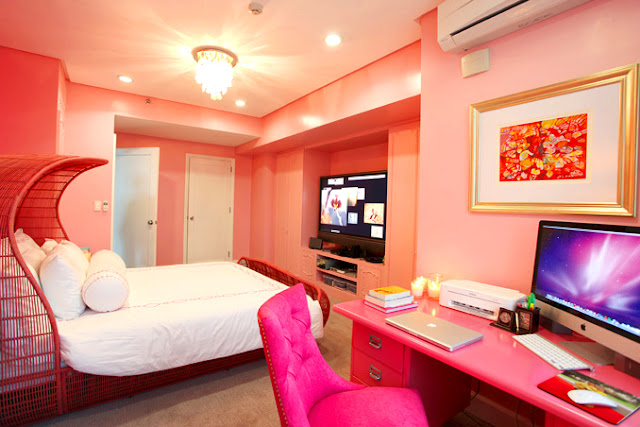 Kris' bedroom is so unique and simple. It features a bed made in Cebu which is called "Voyager." Her pink computer table matches the fully-upholstered chair. 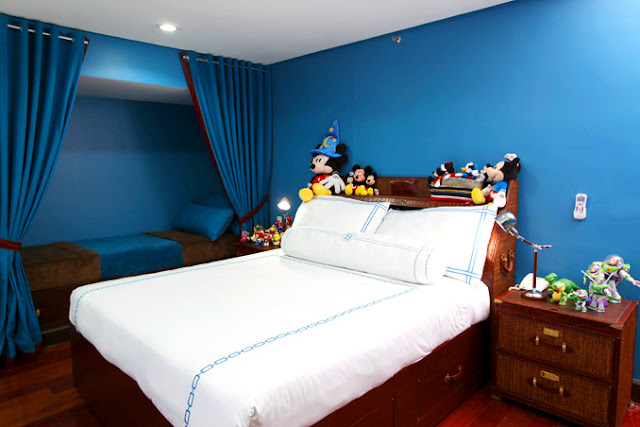 Bimby's room is painted all blue, inspired from the movie Toy Story because it was his favorite animated film. The bed near the wall is for her yaya to sleep in, with the curtains that serve as a divider to create privacy.

The queen of the house was clear-cut about her tastes. She admitted that she took some design inspiration from her extensive collection of decorating books.