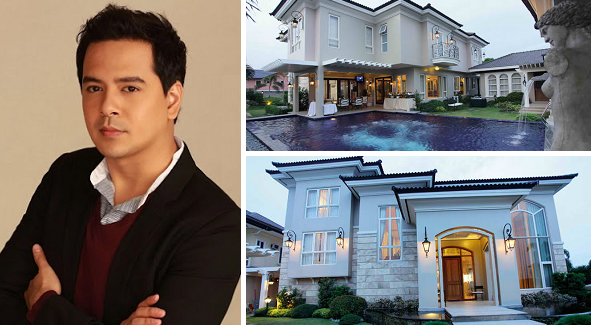 One of the famous and most acclaimed successful actors in the industry of showbiz is John Lloyd Cruz because of his excellent talent in drama. And because of his success, he was able to invest on a house that was located in Antipolo.

With lots of projects and numerous awards from the past, JL seems to have achieved the ultimate success in his life. Obviously, he has already put his money into good use in order to secure his future. And one of these is his absolutely huge and stunning French-Mediterranean inspired home.

According to JL, an important thing which he considers in his house is comfort. The property sits on a 1,100 sqm lot, with the house highlighting its relaxing feel and spacious area. 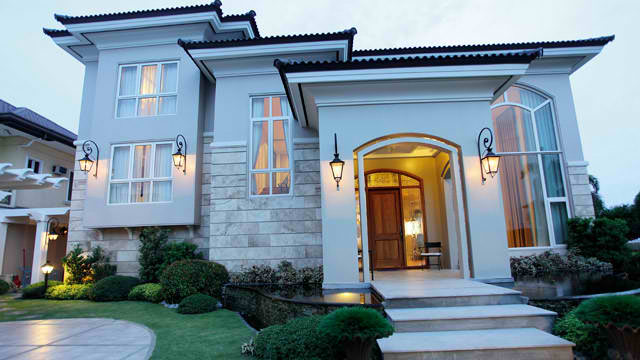 This is the main entrance to the house which looks so grand and elegant. The style was inspired by homes in Los Angeles especially the ones with French-Mediterranean styles. 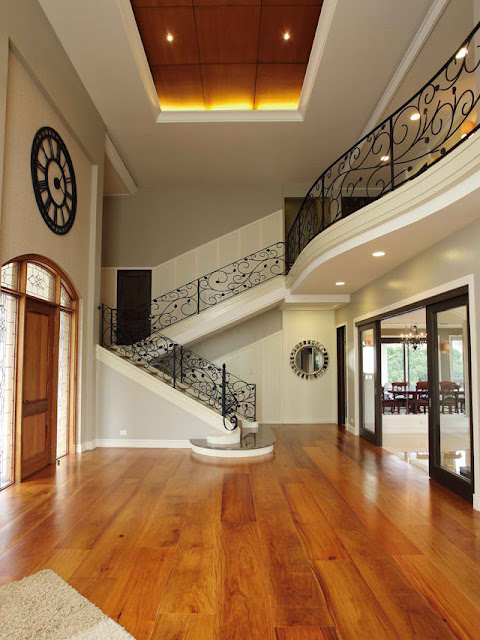 Upon entering, the high ceiling and astonishing staircase welcome guests into the home. It creates an open and airy space. The staircase from which, leads to the bedrooms on the second floor. 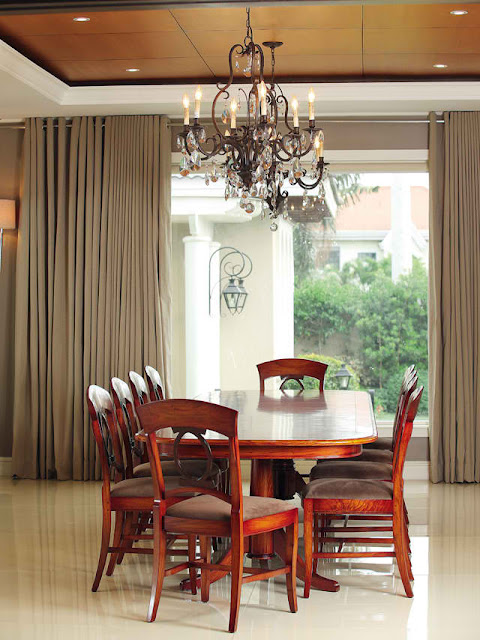 The dining area consists of a 10-seater narra dining table and two chandeliers that add a warm glow. It is located near a huge glass window so that JL and his family can have a view of the outdoors during meals. 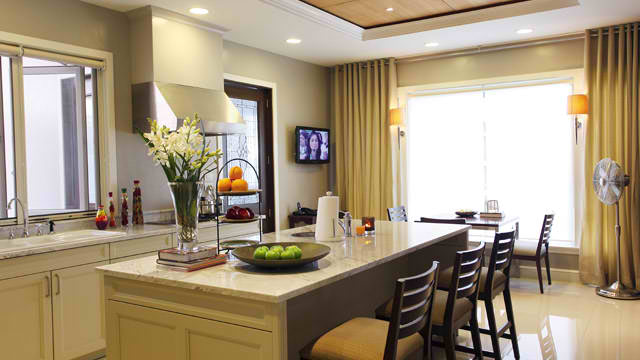 One of John Lloyd's favorite area in his house is the kitchen. He loves having breakfast in the seat by the window. Aside from enjoying the outdoor view, he can also watch the news or shows on the wall mounted TV. There is also an extra island counter to maximize the cooking space. 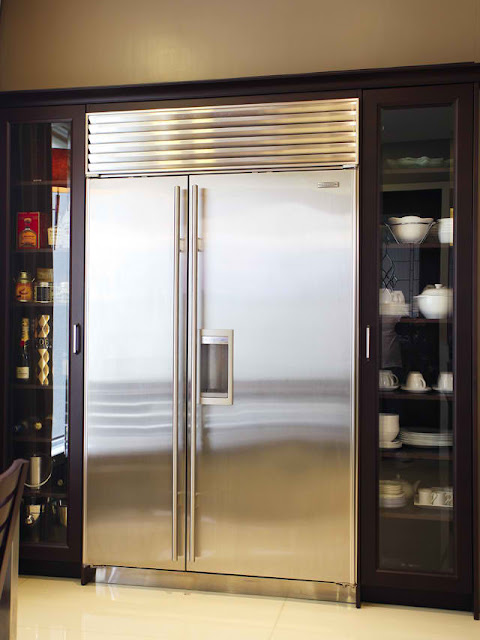 Top of the line appliances and fixtures were used to complete the spacious kitchen. The cabinets which were manufactured in Germany were placed to keep things neat and organized. It also features a soft-close system and a self-closing mechanism. 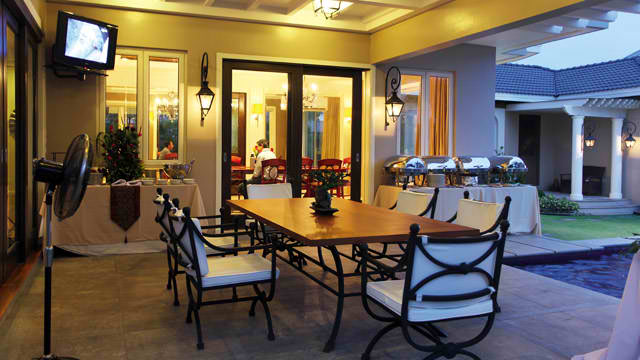 Found outside, adjacent to the dining area is this dining set, where it can also be used as a lounging area or outdoor dining nook. 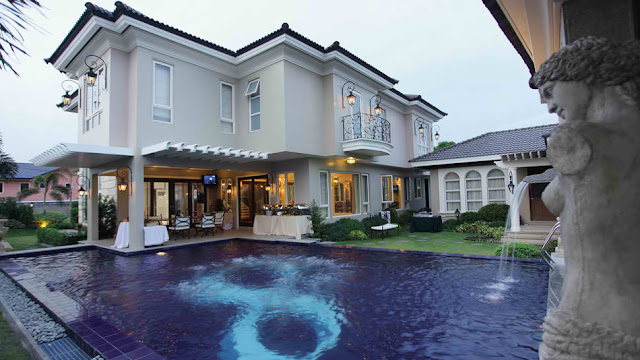 The pool area was not actually a part of the initial plans but the actor later then changed his mind. The Feng Shui expert he consulted suggested to place an infinity sign on the pool's tiled flooring to counter bad luck. 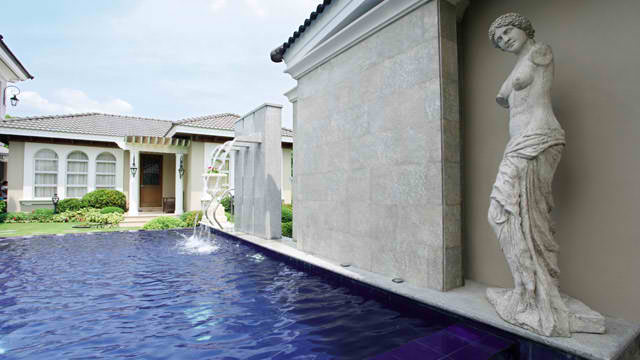 JL added a replica statue of the ancient Greek sculpture Venus de Milo which adds a European feel to the spacious outdoor area. 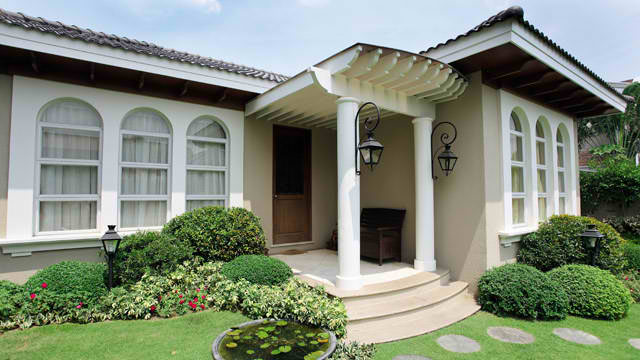 He also has a guest house measuring 80 sqm with two bedrooms, living area, dining, kitchen and a bathroom. Its style was inspired from a well-loved American drama series. 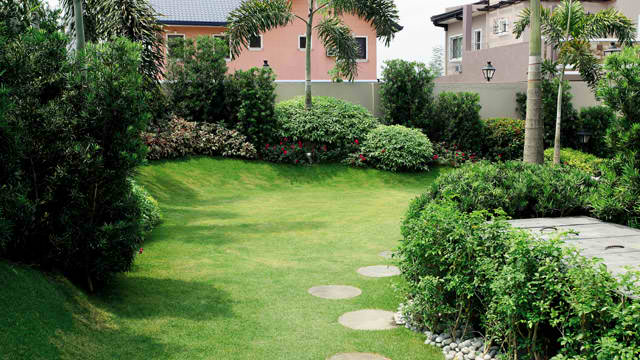 Enough space was allotted for a beautifully landscaped garden where the owner can take a stroll and enjoy the calming view. 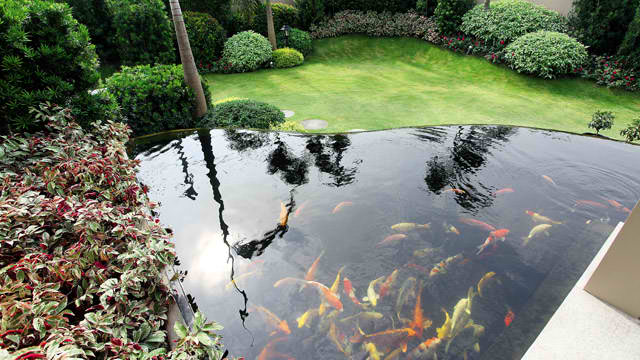 JL also has a koi fish pond which serves as a relaxing feature. It also adds a pop of color to the home and a Zen vibe to the space.