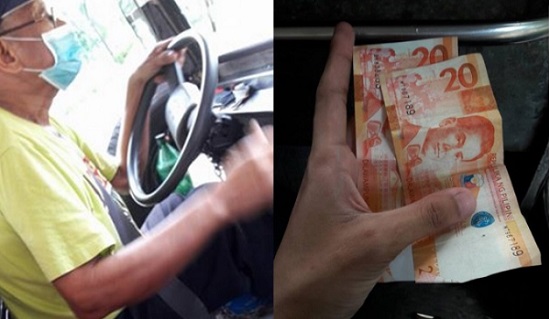 It was not so long ago when the story of a jeepney driver giving free rides to students went viral on social media.

This is another incident that went viral online showcasing how really selfless our jeepney drivers are.

A certain Facebook user identified as Joseph Mejia, shared how he was inspired by the kind and selfless act of this old jeepney driver. According to him, he left his flash drive at home so he decided to ride the jeepney to go back and get it.

When he was going to pay for the fare, he found out that he has left his wallet and no money to pay the old man. 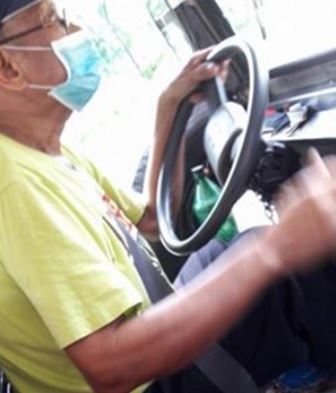 He taught of running away and not paying (the term used by Filipinos "123") has already crossed his mind. But his conscience bothers him in not doing what he taught was the only last resort. He was touched that the driver was an old man only doing his job to earn a living.

So he made the guts to admit his mistake and approached the elderly driver.

Without uncertainty, the old man handed him down some money. 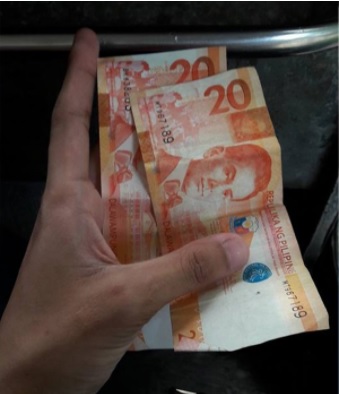 To his surprise of what the old man did, he admitted that he refused to take the money. And said, "Hindi na ho, sa inyo na ho iyan."

The driver looked seriously at him saying, "Ihahagis ko to sa labas."

In the end, out of gratitude, he took the money and sincerely thanked the old jeepney driver.

He posted his experience on Facebook and said at the latter part:

His post gained a lot of positive comments from netizens on social media. Some are even praising the old driver for his act of kindness.

What do you think of Joseph's experience? If you were in his shoes, would you also bravely admit your shortcomings?