Avengers Stars: "The Hulk" and "Thor" Praises Pinoy Who Made Action Figure Toys Made Out of Slippers 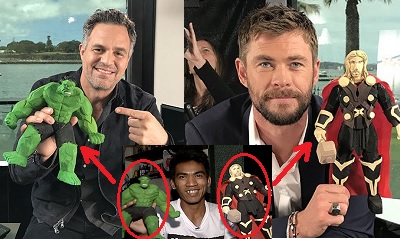 A photo of a Pinoy vendor went viral thru social media when a Facebook user named Adrian Soriano Bernabe posted the man's work online. Netizens were amazed of the man's artwork since he creatively made action figure toys out of rubber slippers.

The man identified as Elmer Padilla, originally is from Samar but migrated to Imus, Cavite to try his luck. He is a pedicab driver but he set up a shop along the street of a public market to sell his impressive creations. 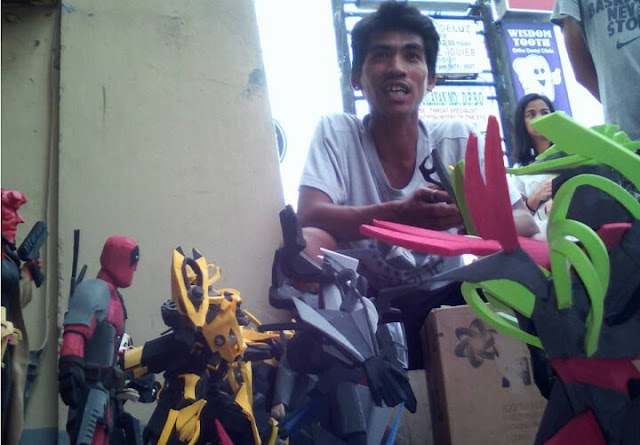 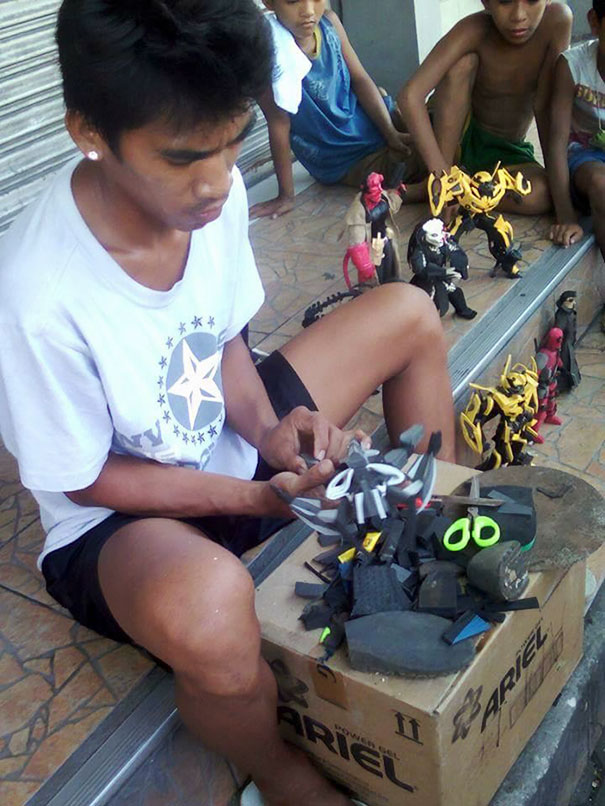 Elmer does not have a lot of money to buy expensive materials but instead, he uses discarded scrap materials like rubber slippers to form realistic action figures out of it. He is truly an artist who knows how to use things that are available to him.

According to him, he looks up to his characters as his main inspirations. And his favorite action figures are "Thor" and "The Hulk" from Marvel's The Avengers. 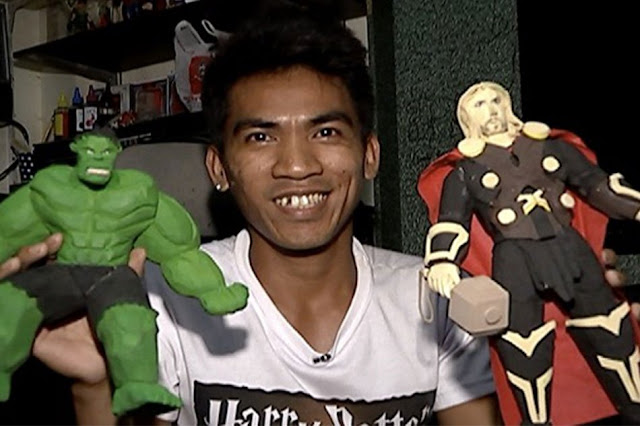 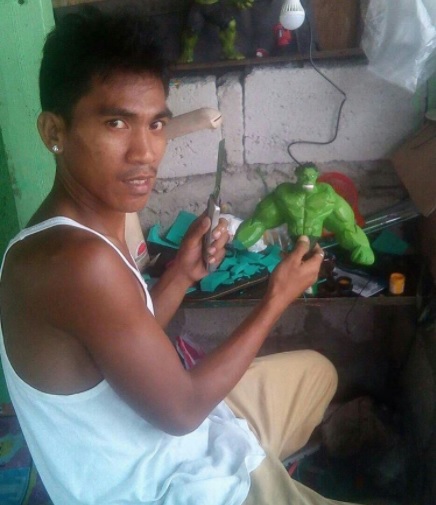 When he was a kid, he usually goes to the toy store just to study the branded figures and tries to copy them when he gets home. Out of poverty, his family can't afford to buy him new toys so he learned how to create his own using only scraps.

When he learned that television network company, ABS-CBN would have a chance to meet his idols, he began working on the action figures with hopes that the Avenger Stars would accept them.

During an interview, a woman gave the Marvel stars Chris Hemsworth ("Thor") and Mark Ruffalo ("The Hulk") the creations of Elmer. 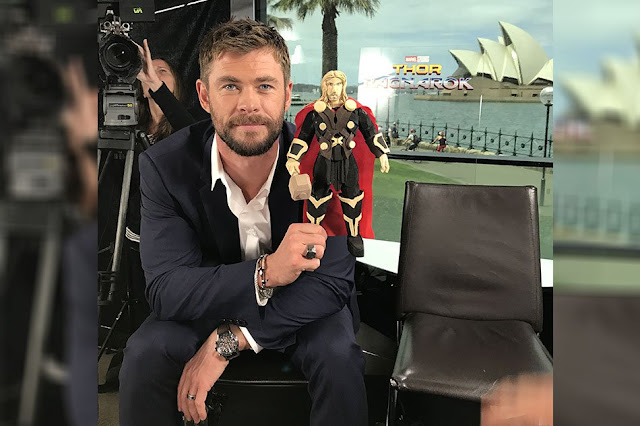 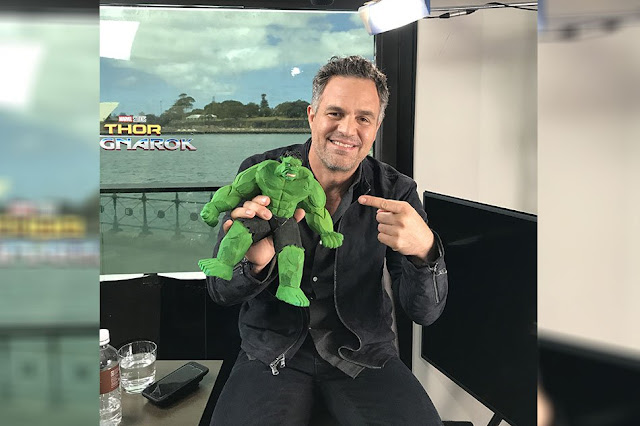 Chris Hemsworth acknowledged Elmer by saying: "I bet he is fantastic." He never would have thought that the figure was actually crafted from discarded slippers.

Mark Ruffalo was also astonished by the "Hulk" figure given to him complimenting Elmer was truly a genius.

He posted a photo and made a shoutout on Twitter saying:
"Believe it or not, this #Hulk dill is made out of recycled tsinelas (that's tagalog for flip-flops). Elmer Padilla made this for me so I just wanted to give a nice shoutout. Not only is this inventively creative, but it's sustainable and just pure awesome! Thank you Elmer!" 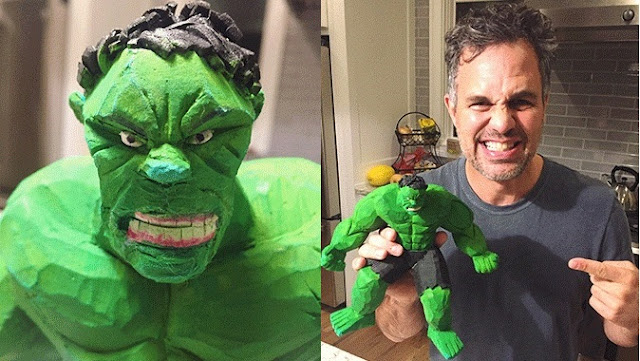 With this man's resourcefulness and creativity, he truly deserves to be recognized as a great artist not only by his idols but also worldwide! He is a true Pinoy pride!