"Floating Pedestrian": Solution To Slow Down Cars And Prevent Accidents? 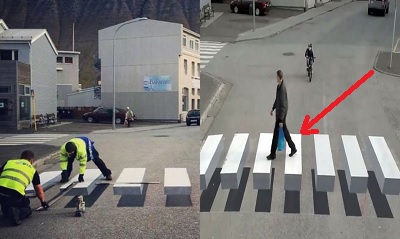 Traffic signs are important when driving and even just as a pedestrian crossing down the street. Without these road rules and regulations, vehicles and people on the road are at risk of accidents.

In a certain town in Iceland, they thought of something to slow down speeding vehicles on the road to prevent accidents. They have created a 3D zebra stripes pedestrian crossing. 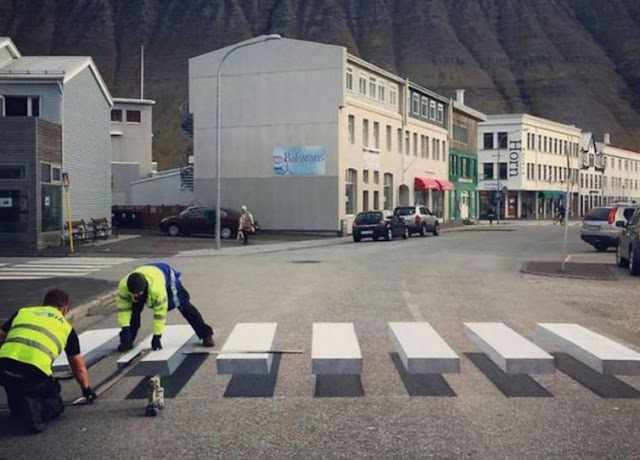 Apparently, the illusion was created as if the crossing lane was seemingly floating like the artworks you see on a 3D museum. And any vehicle who had never passed that street would really slow them down because it seems like there are blocks blocking the road.

The creation of the project was ordered by the environmental commissioner of Iceland, Ralf Trylla. After seeing the same project done in New Delhi, India. 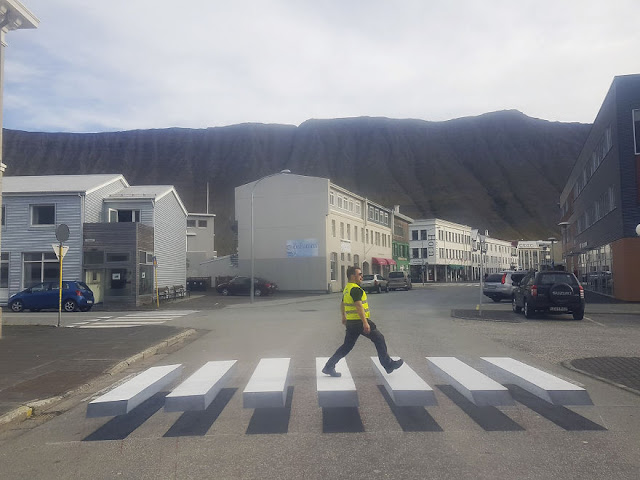 The unique design of the pedestrian lane caught the attention of netizens around the world and was even featured on various websites.

So far, it caused mixed reactions from people, to some it looks cool while others were questioning its effectiveness. 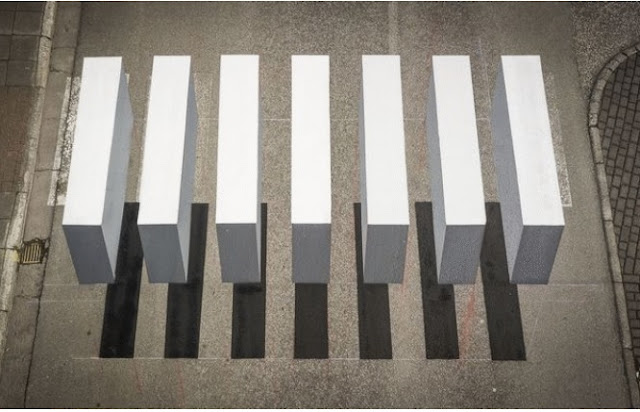 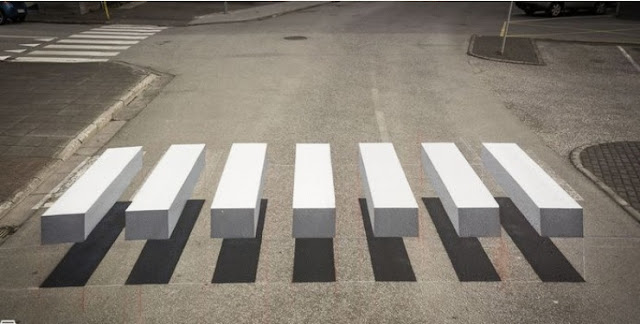 Do you think the creative road sign can really serve its purpose for providing safety? or will it just cause more road accidents?