Man Jumps On Top Of A Luxurious Lamborghini SuperCar 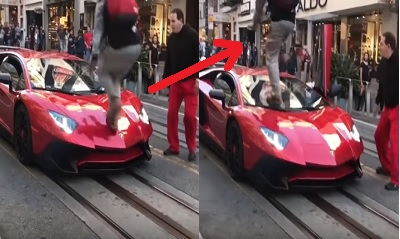 No car owner ever would want their car to get scratched or bumped. But even though you are the most careful person in the planet, there are really some people who just like to mess around and do something stupid to get attention.

A very expensive red Lamborghini car was parked on the streets of downtown San Francisco when a young man suddenly just ran and jumps on top of it. The man who looks like he's trying to mess around the luxurious car leaps on the car's hood, to the windshield, straight to the top, and up to the back. 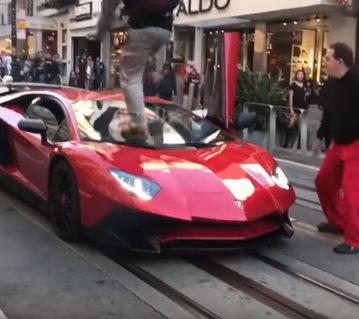 The owner, an older gentleman wearing red pants who stood right next to the car was in shocked of what happened. Even the people on the street stopped after seeing the young man who did the insane act. 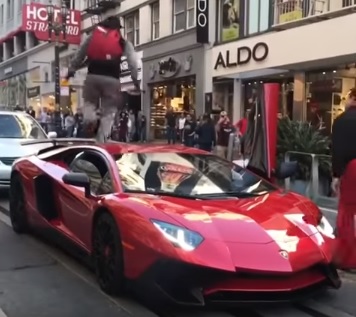 After the shocking incident, the owner tried to run after the young prick but was not able to catch him. As the owner turns to walk away, the young man runs back again trying his second attempt to jump on top of the car. When the owner sees this, he grabs the young man, knocks him off, and threw him far away from his car. 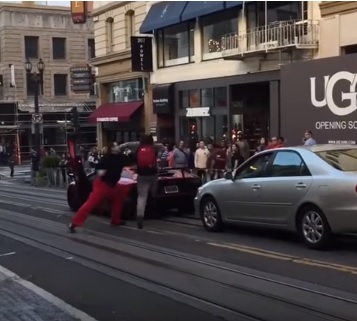 The car owner's anger could be seen as he was ready to give a punch on the young boy's face. But then a valet came in to stop them and said to the owner to drive away since he got a fast car. The car owner followed the advice and drives away after a few moments. 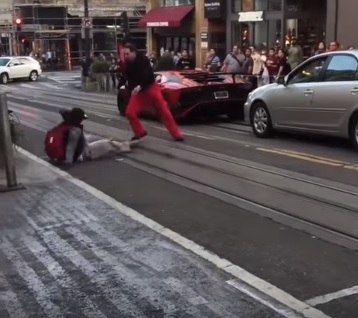 The owner's anger towards the man is understandable as who would want that their priced possessions be messed up by just some insane person. The luxurious car is a Lamborghini Aventador SV that is worth $420,000 (more or less than 21M Peso).

If you were the owner of this car and this happened to you, what would you do?