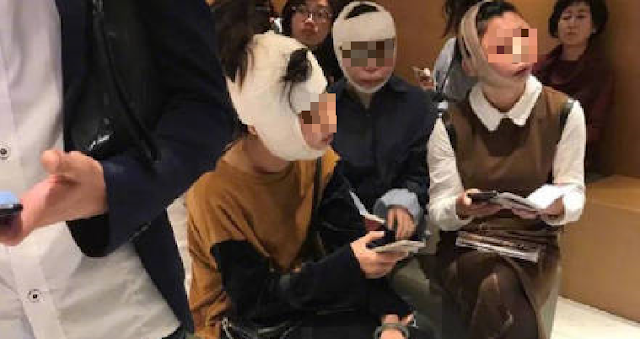 A Photo of three women who are reportedly from China waiting in the airport with passports in hand has been garnering a lot of attention on social media.

These three women had taken the opportunity to go to the Recent Week Holiday in China to enhance their facial features with plastic surgery.
They weren't allowed through immigration as they looked like they were badly injured with swollen faces that were still wrapped up in gauze. They were seen sitting in the airport holding their passports but were not allowed to pass immigration. 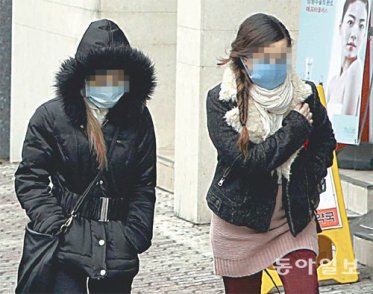 According to some report, the officers could not confirm their identity and faces because they were still swollen after plastic surgery. They had no choice but to sit there in the airport while waiting for the officers to verify their identity and ID passport.
Some netizens had expressed their pity and laughter for their situation, one netizen commented: "With faces so swollen, even your own mother wouldn't be able to recognize you."