REAL or NOT: Mysterious 60 Feet Dragon Bones Found By Villagers || With Pictures! 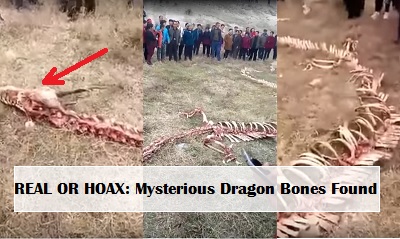 Did dragons really exists? Or is this just a fickle of our imaginative minds?

Dragons are mythological creatures. They are present in Chinese mythology which is believed to symbolize power, strength, and good luck to people who are worthy of it.

A short video clip gone viral in social media when Chinese villagers discovered a skeletal remains of a dragon in Zhangjiakou City in China. 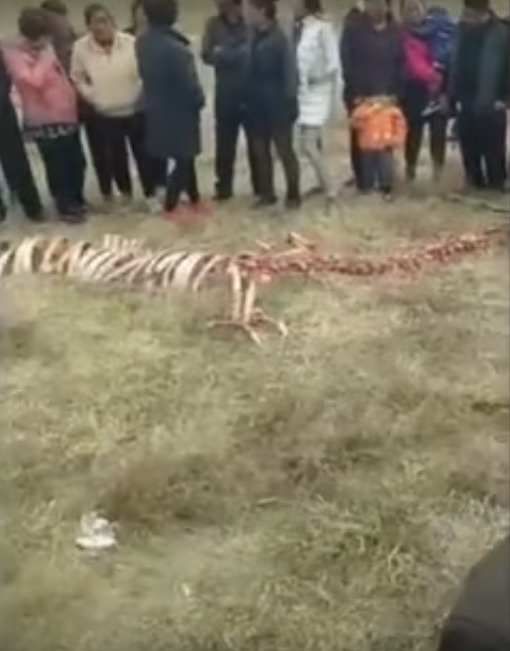 The skeleton measures 60 feet which includes a large skull with horns and two little arms at the neck-body joint. The huge, thin serpentine body matches the characteristic of the Chinese version of dragons. 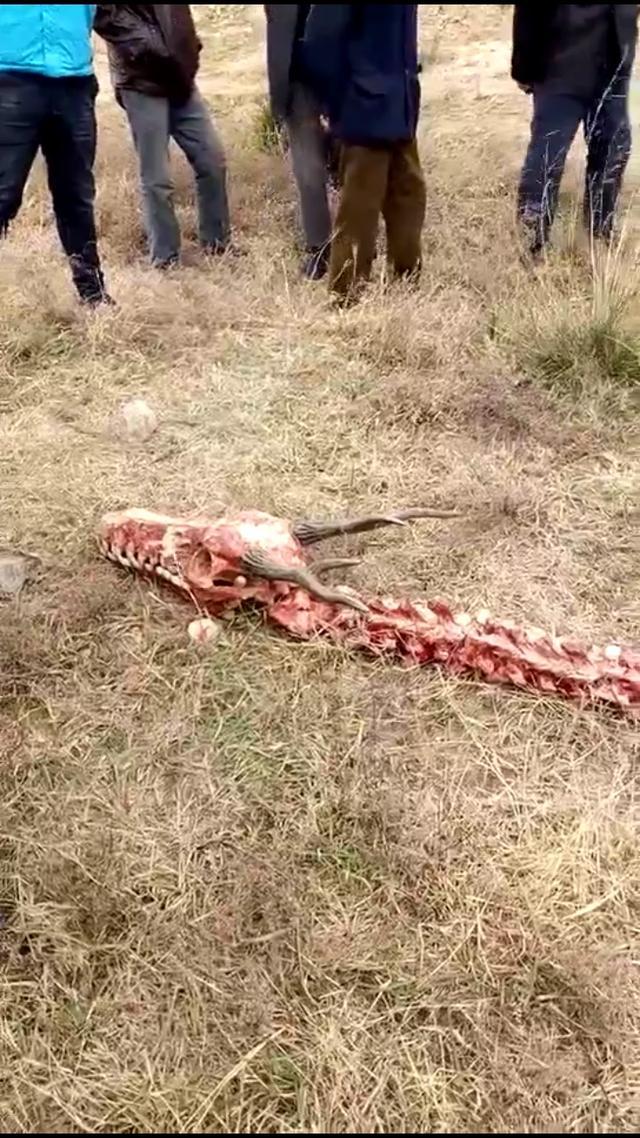 The dragons from Western mythology is far way different from the Chinese version, as these creatures are described as having no wings but fly by swimming through the air just like how a snake crawls in the ground.

However, some netizens are not easily convinced about the viral post because they think that the skull seems to look like an antelope and the bones looked like they are from multiple slaughtered cows combined together to form one long spine. 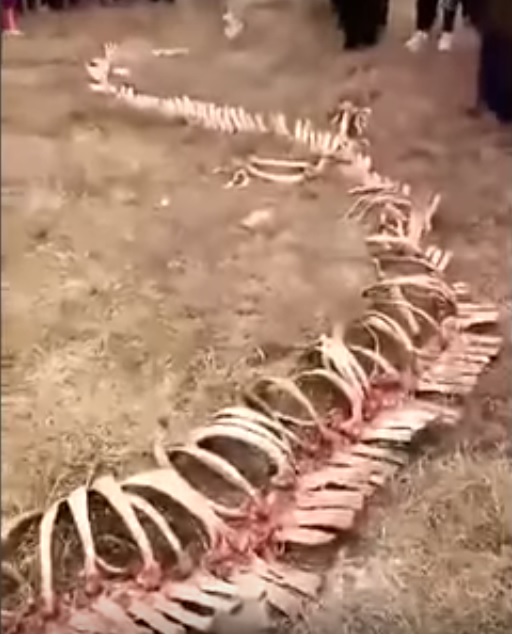 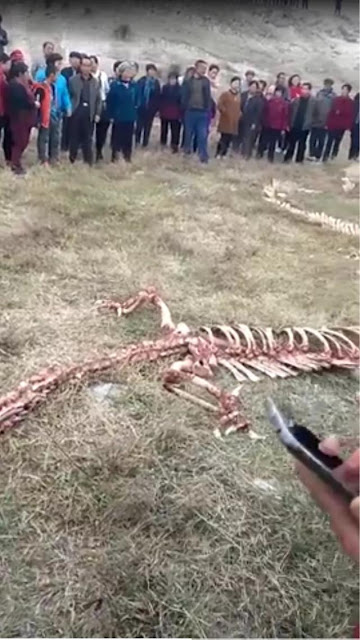 While Chinese feared these creatures because of several scary stories being told, the evidence by a photo of two men trying to ride it does not seem they are scared at all. 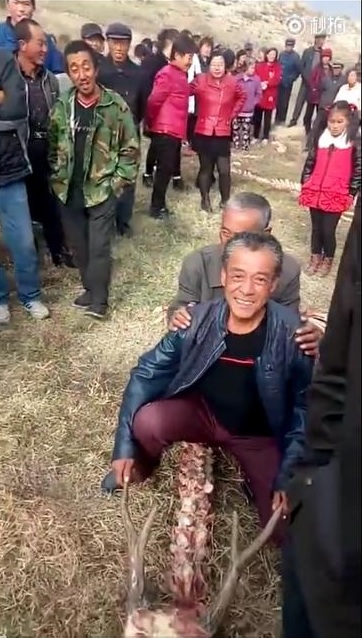 There are still no claims from experts that the bizarre skeleton really came from the legendary creature however, Chinese villagers said they are convinced that the creature really exist and is indeed a remain of a dragon.

What do you think?