Sailors Saw Something "Strange" Floating In The Sea, Rushed To Rescue It 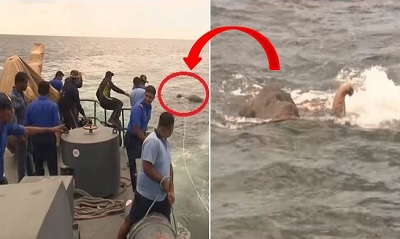 It is indeed a rare incident seeing some animals in an environment where they don't usually belong. Like this huge animal who was seen difficulty getting afloat in the deep waters of Sri Lanka.

A group of sailors were aboard on military ship off the coast of Sri Lanka when they found a huge, strange gray mass floating in the sea. When they looked closer, they saw something that was rarely seen in the middle of the ocean. 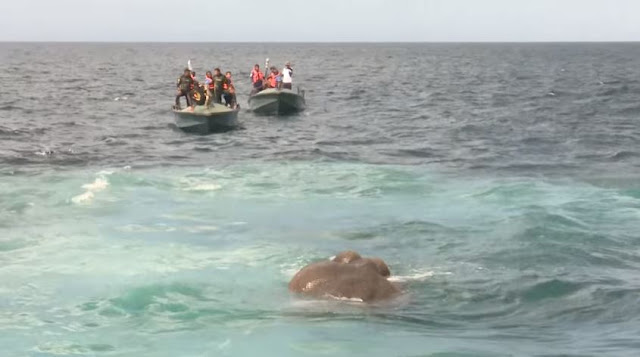 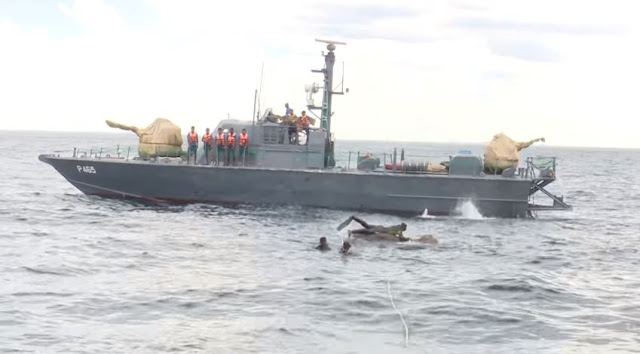 Soon they realized it was a land animal who needed a challenging rescue operation.

The naval vessel was about ten miles away from the coast of Kokkilai when they spotted the huge floating gray lump. As its color was similar to whales, this gray animal was unlike any of the marine ones. 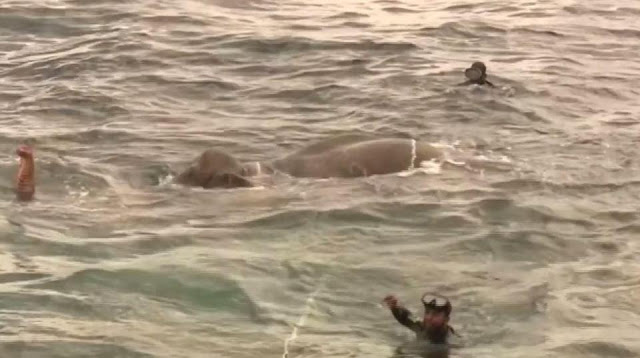 To their surprise, it was an elephant struggling to keep afloat in the water while its trunk was above the water. 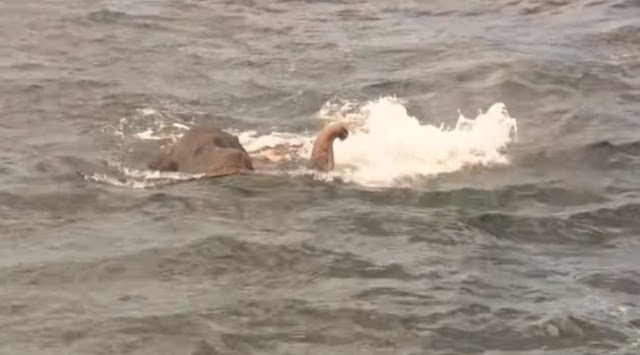 According to studies, Sri Lankan elephants are fond of swimming and likes to splash around the ocean without experiencing any difficulties while they are on water.

However, according to the sailors, this huge beast may have wandered too far from the coast and got washed away from afar by a strong current. 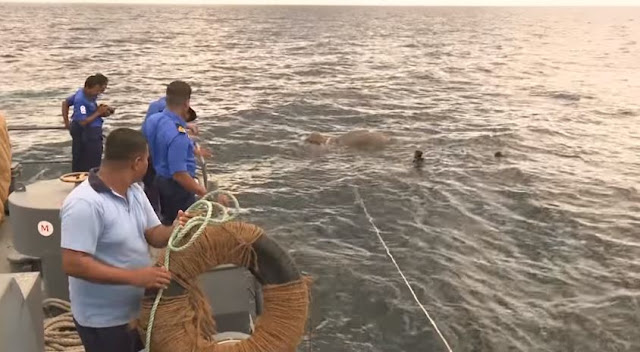 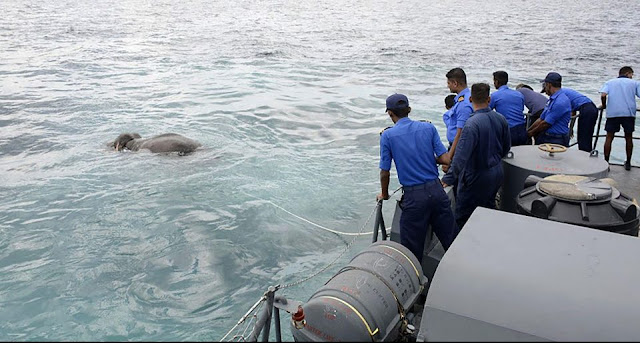 Luckily, the ship's crew spotted it immediately and were able to quickly respond to rescue the poor animal. Some of the crew members dived into the ocean to calm it down so they can set up a rope for support to pull the elephant out of the sea. 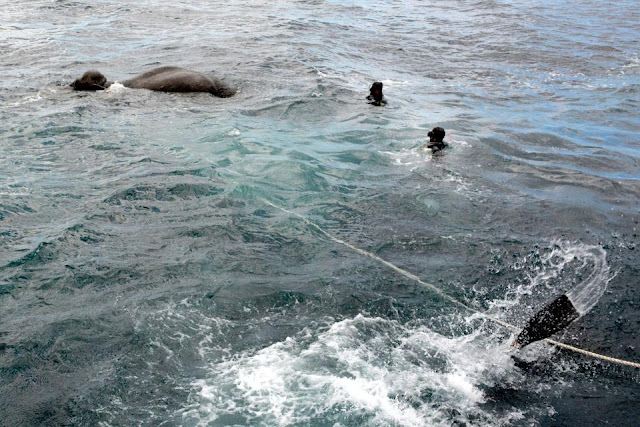 It was a challenging operation for the sailors as the animal was hesitant at first before it realizes that they were just helping to rescue her.

According to research, elephants can stay afloat for a maximum of six hours at a time. 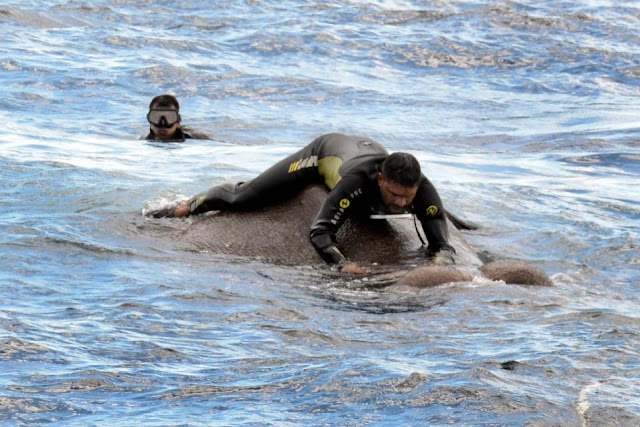 Luckily, this poor elephant made it back to the land.

What do you think of the bravery of these sailors who risked their lives to save this huge beast?