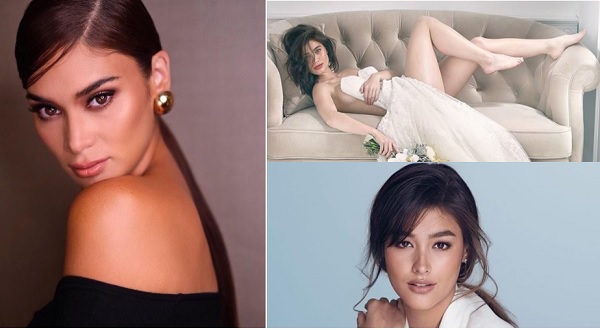 It's not so easy to think that year 2017 is almost saying goodbye to us soon. As we welcome the coming year, take a look back at the best moments of your favorite celebrities this year.

The website 2017bestnine.com made it easier for Instagram users to compile their best nine photos of the year. It can also summarize and tally the number of likes and photos too.

Here they have compiled the top ten stars who are most likable on Instagram. Check them out!

1. Anne Curtis
Kapamilya actress and "Showtime" host, Anne Curtis topped the most number of likes this year with a total of 78.8 million likes on her 569 posts. The highlights of her most memorable moments were her engagement, prenuptial photoshoot, and her wedding. 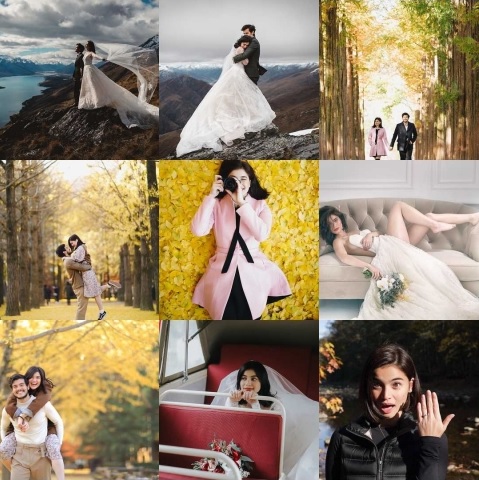 2. Pia Wurtzbach
With her stunning face and sexy body, 2015's  Miss Universe, Pia Wurtzbach received 60.7 million likes on her 242 posts. Her best nine included her farewell walk as Miss Universe, her new look at the Star Magic Ball, and various photos of her on a swimsuit. 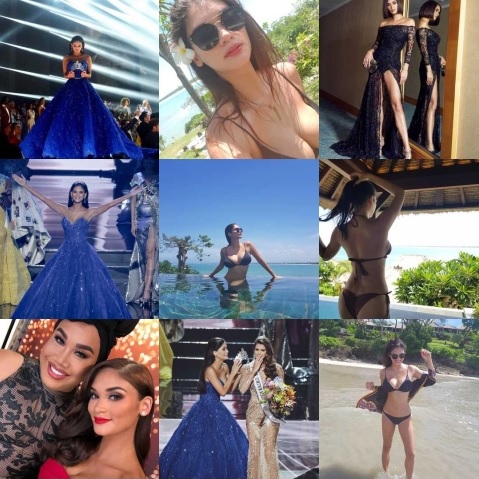 3. Liza Soberano
One of the most beautiful faces in the showbiz industry is none other than Liza Soberano. The actress had 242 posts this year and gained 38.8 million likes. 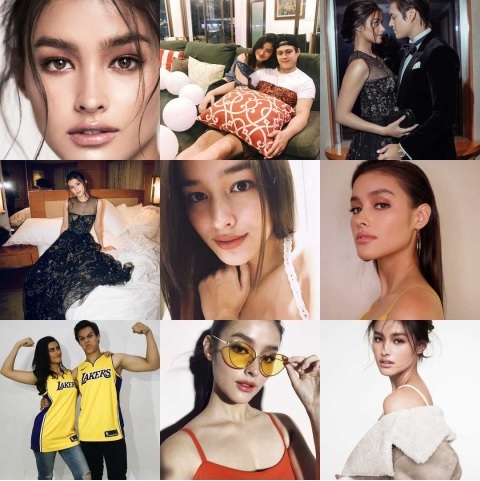 4. Kathryn Bernardo
The La Luna Sangre star received 24.7 million likes on her 140 posts. The highlights were her sweet photos together with her onscreen loveteam partner/ real-life boyfriend, Daniel Padilla. 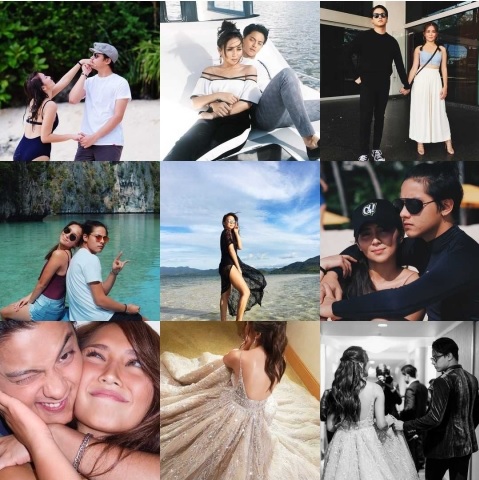 5. Marian Rivera
Kapuso actress Marian Rivera never fails to update her fans with her latest photos together with her husband and daughter, Maria Letizia. The highlights of her year was her daugther and her out of town trips with her family. She garnered 21.8 million likes on her 273 posts. 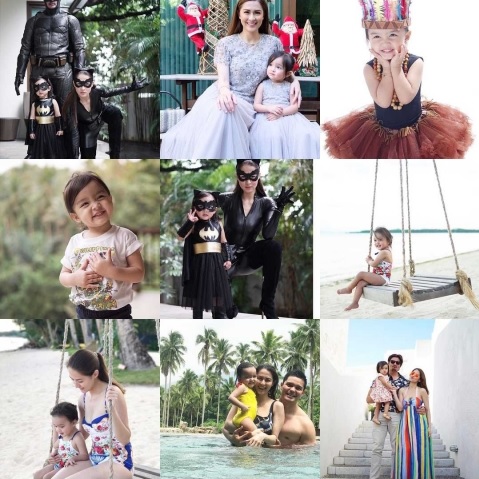 6. Julia Barretto
One of the hottest love teams of today was the tandem, "Joshlia" (Joshua Garcia and Julia Barretto). Julia got 19.8 million likes to her 149 posts. Her highlights include photos of her posing a sexy, toned body and few moments with her rumored boyfriend/loveteam partner, Joshua Garcia. 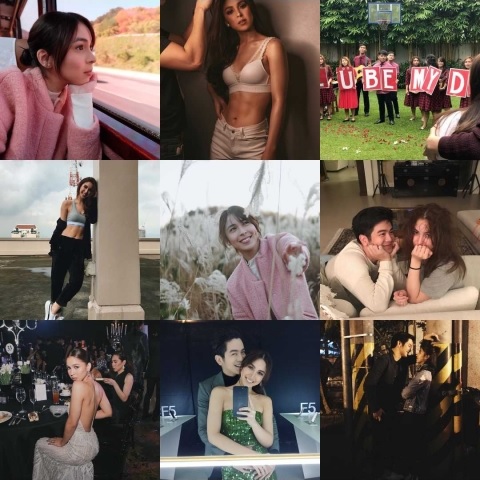 7. Solenn Heusaff
Actress/model, Solenn garnered 19.7 million likes. Her most likable moments were during her best friend's wedding, Anne Curtis, and her runway photo during the Bench fashion show last November. 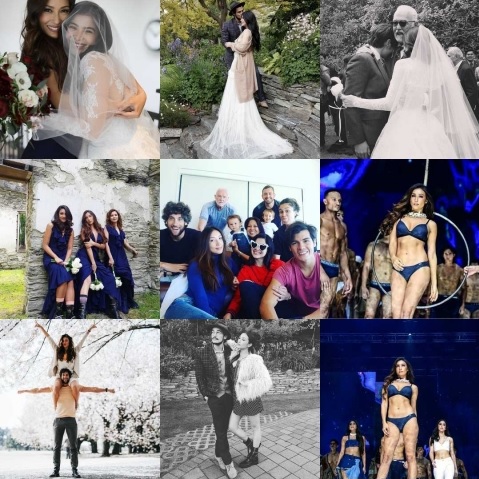 8. Gabbi Garcia
Gabbi got her biggest break on showbiz as she plays the role of Sangre Alena in GMA7's  teleserye remake, Encantadia. She received 19.7 million likes throughout the year. 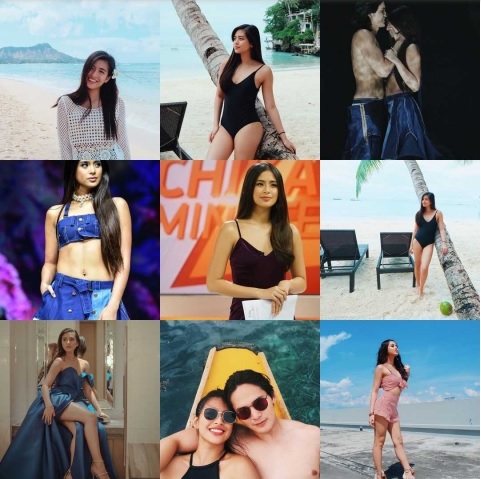 9. Nadine Lustre
With her sudden change of image, Nadine had become more mature. She uploaded 90 posts which earned 19.2 million likes. She was admired by her fans by capturing Instagram-worthy photos and sharing them thru her social media account. 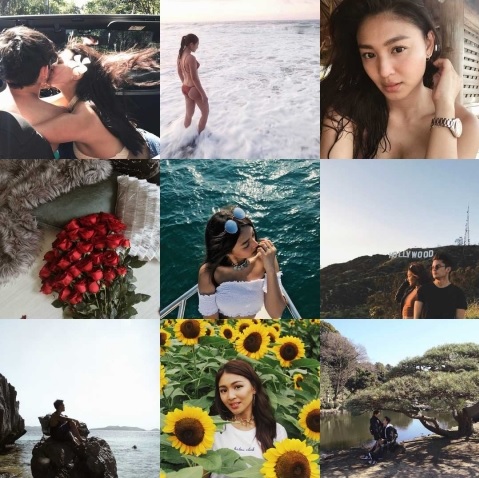 10. Maine Mendoza
Another Kapuso actress and one of the top endorsers this year is Eat Bulaga's host, Maine Mendoza. The star had only posted 64 times this year yet she received 11.1 million likes. Her most liked photos are her pictures wearing sexy swimsuits and her runway photo at the Bench Under The Stars fashion show. 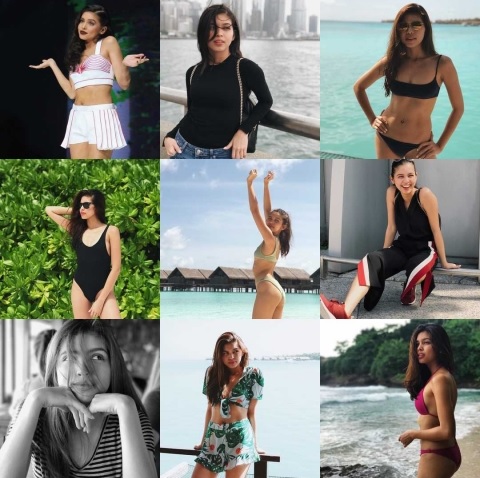