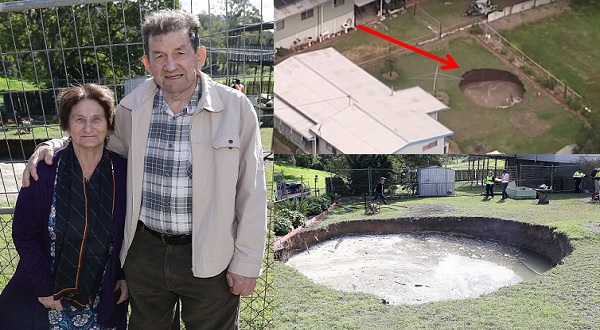 There are people who wish they had a small pond or an in-ground pool in their backyard. But one retired couple from Queensland, Australia never had plans of installing one in their lawn.

The elderly couple named Lynn and Ray Mckay, who are living a pretty peaceful life never expected that suddenly an unfortunate event will happen just right in their backyard. 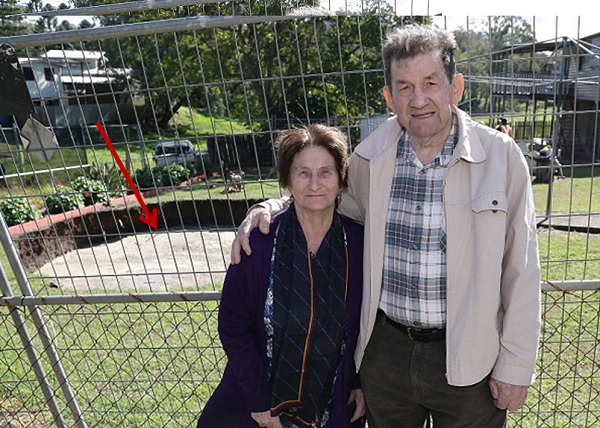 One day when they peeked out at their window, they saw a terrifying hole appeared that is almost eating up their whole lawn.

Right in front of them, the massive hole turns out to be a sinkhole which just appeared overnight. 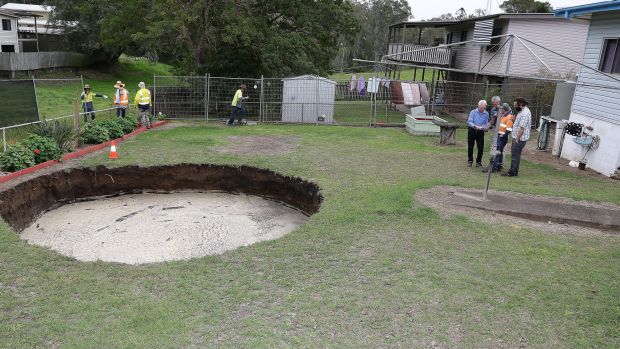 What is more dangerous is that the sinkhole is not only enormous, but it is even more growing! In a span of seven days, it already measured 20 feet wide and 30 feet deep.

The Mckay's immediately contacted the local authorities to ask for help. The experts who were sent were trying to figure out what caused the giant hole. 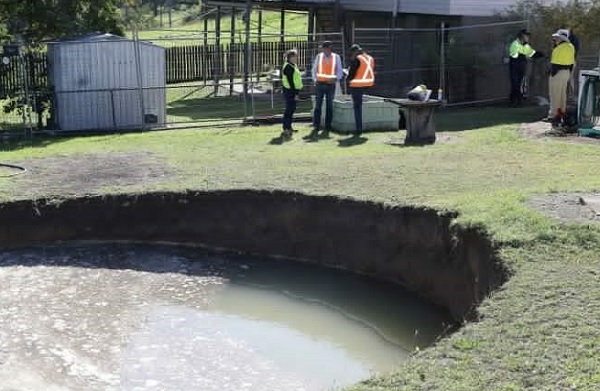 They found out that the couple's lot was actually an old coal mining shaft in the year 1900's. And the ground beneath their yard had likely collapsed.

The local authorities confined the area since the sinkhole is a threat to their safety. So, the couple was temporarily sent to a hotel to stay until the experts find a solution. 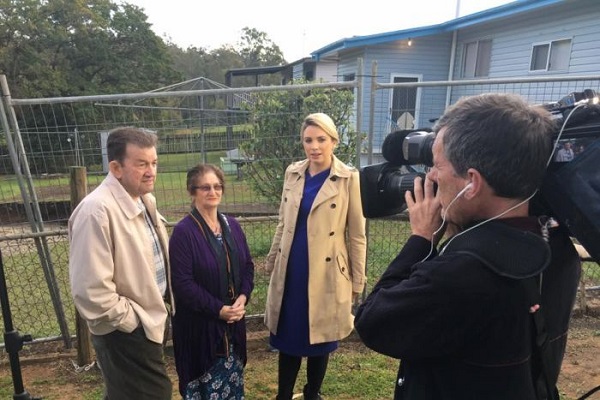 When authorities drained the massive hole, they found out that the timber that supports the old shaft had rotten away causing the ground to collapse. 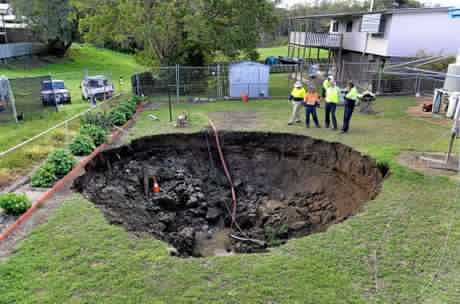 Once they were done, they loaded the sinkhole with soil to cover up the big hole that was left behind.

When the Mckay's were sent back to their home, they placed a wooden sign above where the sinkhole appeared. 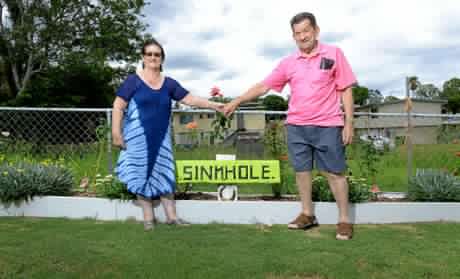 Unfortunately, in a just a couple of six months, the sinkhole reappeared.

Maybe this is their last chance to think if they'd still want to keep their house, or just leave it for their safety.