Extraordinary Pre-Nuptial Photo-shoot Of Couple, Taken Inside A Volcano! 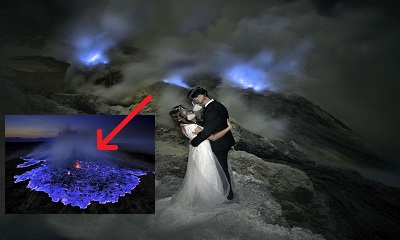 Sure, there are a lot of photography apps like photoshop that can modify and enhance a picture. Some who got the good skills of doing it can sometimes trick someone that it might be real.

But a photographer from Malaysia named as Keow Wee Loong, is popularly known for his excellent photography skills and daredevil spirit. 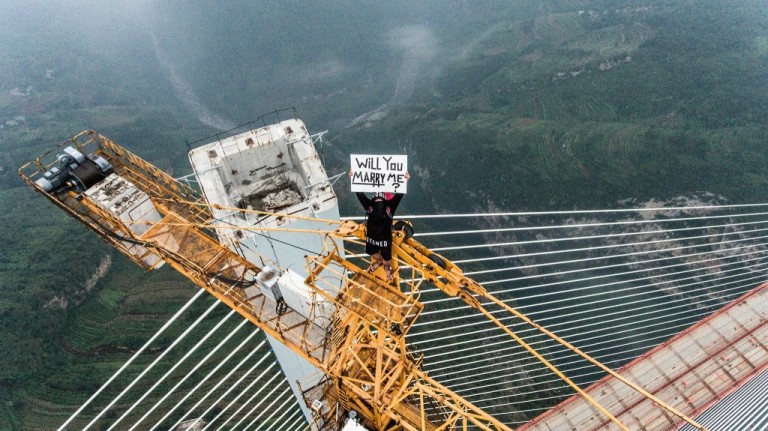 Keow is known to have taken photographs at extremes and dangerous places like sneaking in a town in Fukushima and climbed up the world's highest bridge just to propose to his girlfriend and took a picture of it. 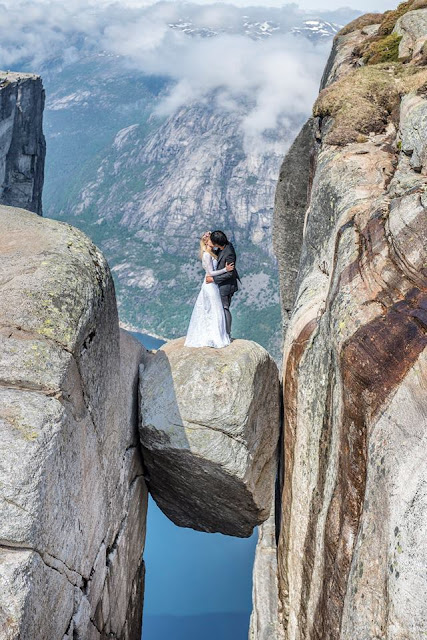 One time, a couple named Danny Ong and Krystle Tee came up to him and asked if he can do their pre-wedding photoshoot.

Like any other soon-to-be-married couple, who choose to have a country garden or meadow view for their pre-nuptial shoot. Danny and Krystle opted for something a little different. 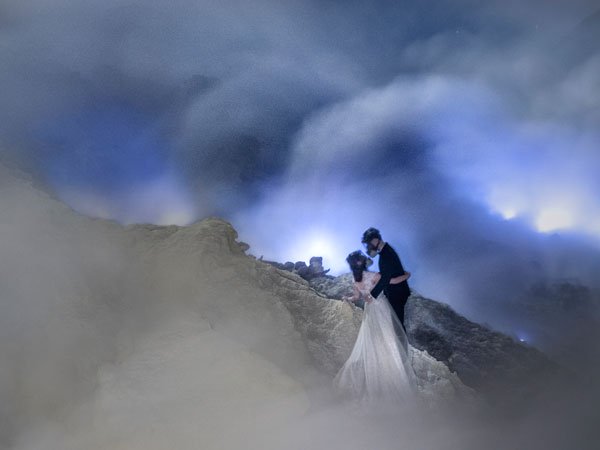 Keow wrote on his social media:

"A couple asked me if I knew any mystical place to capture their wedding photo. I said, 'say no more, challenge accepted."

The daredevil photographer and the couple selected the Ijen volcano complex located in Indonesia. The volcano is known for its stunning electric blue lava-like rivers and flames at night. 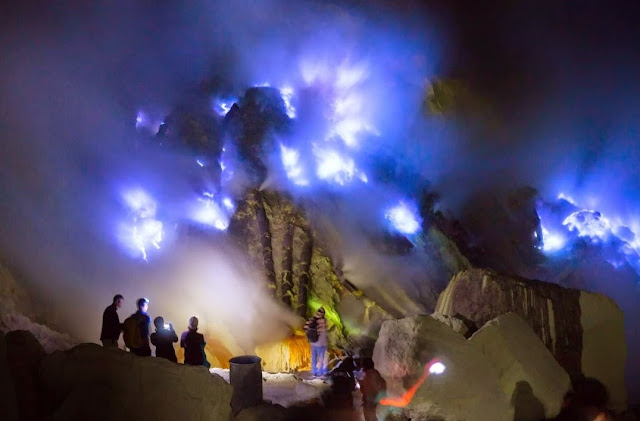 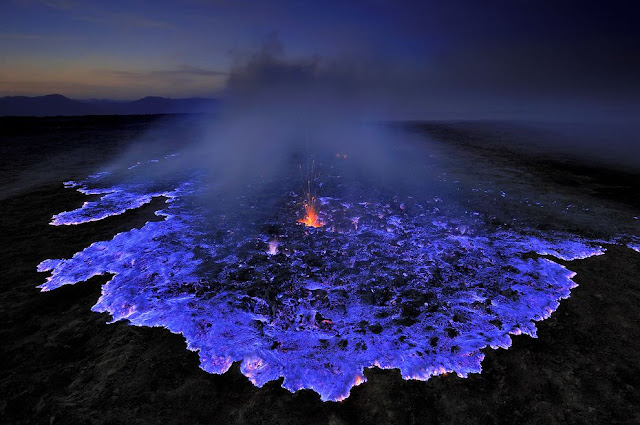 Obviously, the spot is only accessible by foot and they have to look out for rangers who are guarding the place.  So, they have to sneak in and hike for three hours to get to the place. 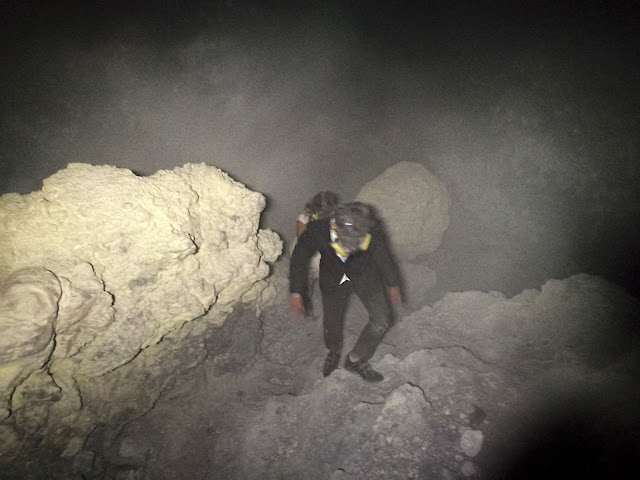 The bride's dress got slightly damaged during the adventurous hill climbing. And they have to wear gas masks while taking the shots to protect themselves from the smoke being pumped out by the acidic crater.

Capturing the perfect shot through the thick smoke and low-light may be difficult but not for their amazing photographer. They said that they could even feel the heat from the flames emitted by the volcano. 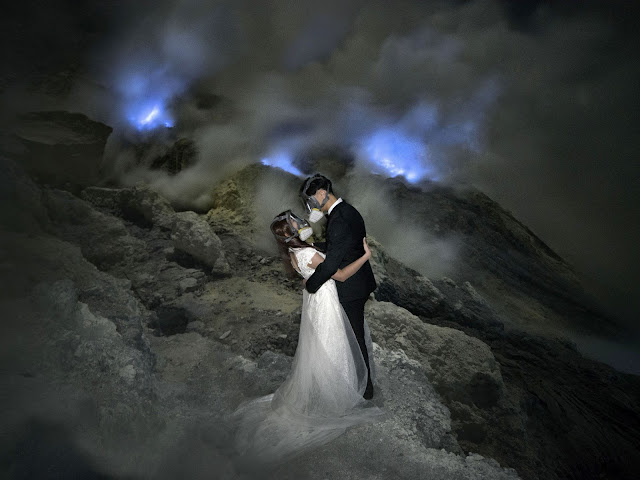 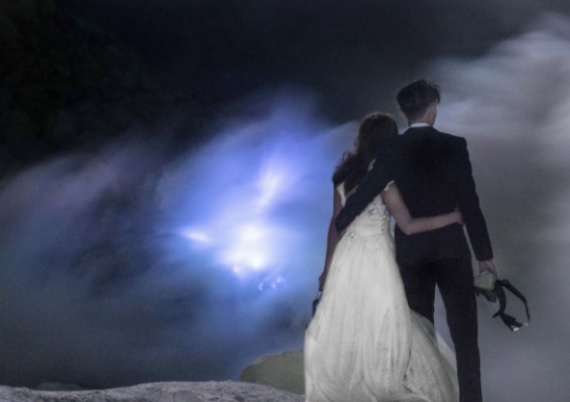 The photoshoot lasted for five hours. However, they were able to successfully fulfill their plan and got the amazing pre-wedding photos like as if they were from another planet.