Kris Aquino Gave A Tour To Her Elegant New Home 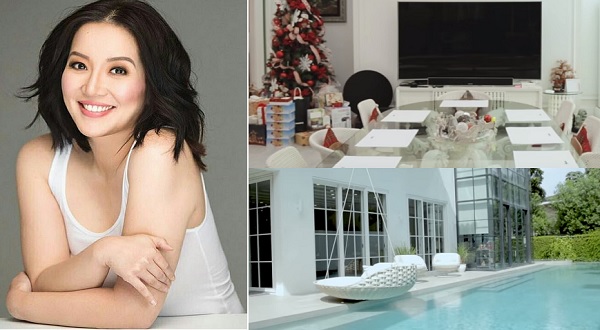 The Queen of all Media, Kris Aquino had finally moved to her new home in Quezon City this year. And now she proudly gave a tour to their new humble abode.

On the Youtube channel, The Aquinos, Kris and her son, Bimby shared to the public their favorite spots in their new house.

Take a look at their breathtaking family home.

Christmas decorations are designed upon entering their huge pink front door. Personally, the color was Kris' favorite. It has a color similar to sakura flowers.

Upon entering, various portraits are hanged on their walls some of which are Kris' collections. A huge portrait of the late Cory Aquino is also placed there. 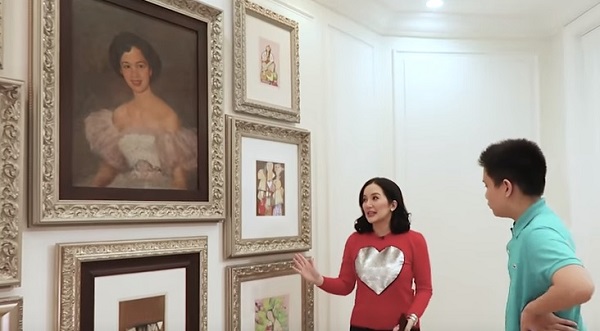 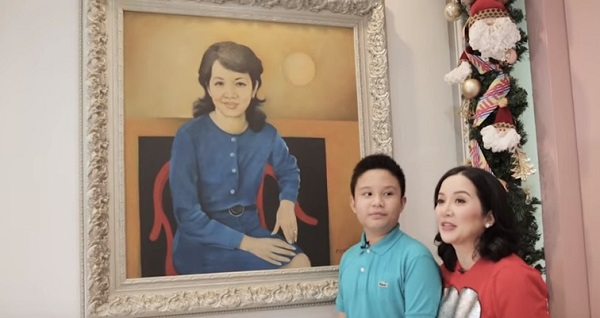 This area of the house is used for entertaining guests. It has 2 dining tables, an 88-inches flat screen tv, grand piano, and some arcade games like Pirates of the Carribean and Pac-man. 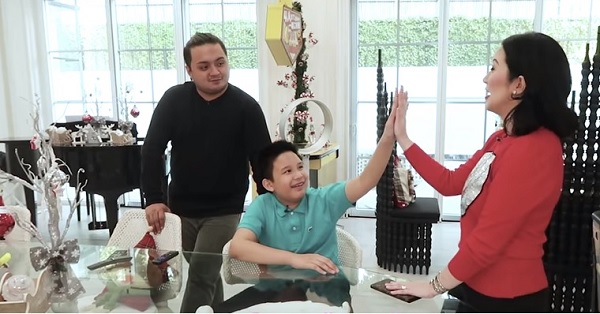 Kris has small salon room but was later used as a study room for her son. It has a shampoo bowl and adjustable seat similar to that of a salon which she uses when she colors her hair. It is also packed with various hair and other beauty products. 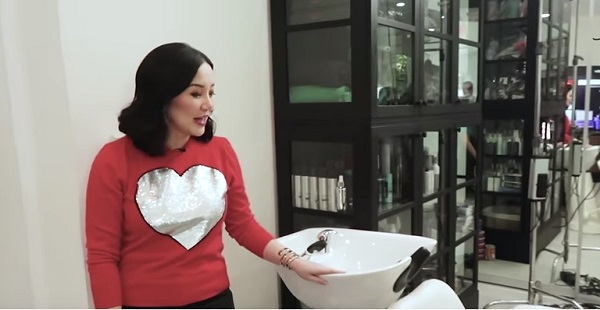 Kris decided to have an outdoor hot tub that changes color at night.

Of course, they do also have a huge swimming pool. 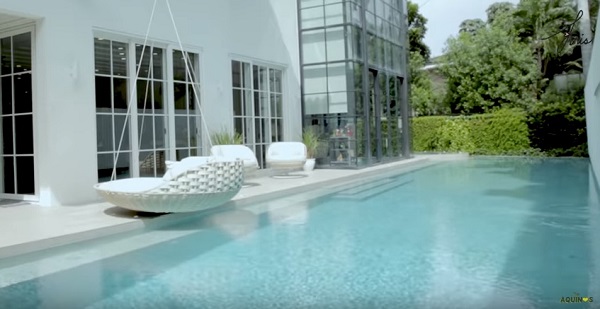 This bedroom is shared between Josh and Bimby. Their yaya, Bincai stays with them at night especially when Kris is not around. 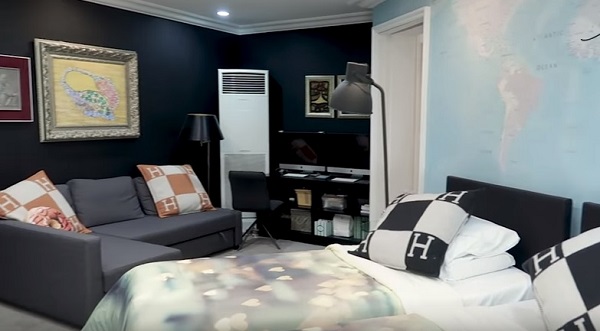 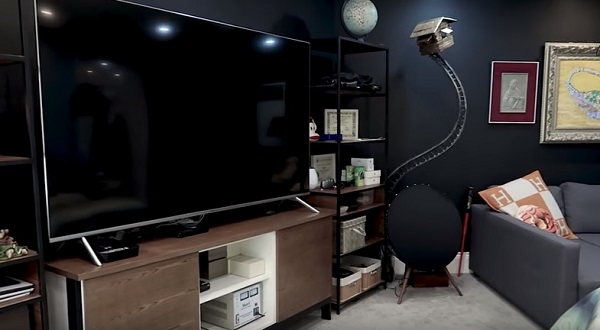 The boys also have a walk-in closet that is filled with various clothes sorted according to use. 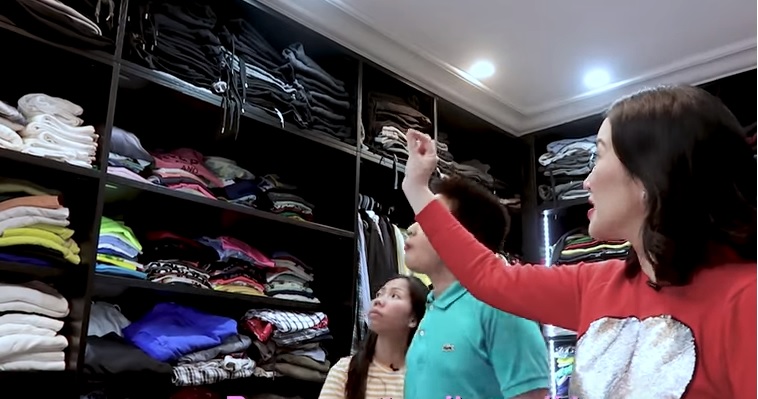 One of the house's bathroom has a locker room style with black tiles used. It has a tub, a toilet, and two shower rooms. 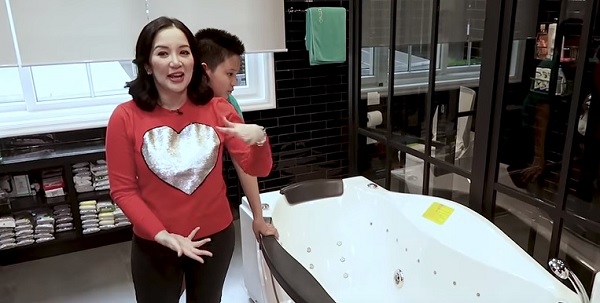 This area is the family's entertainment area. This was the boys' favorite area because it has arcade video games, gaming lair,  a huge lounging sofa, a flat screen tv and a snack bar.  It is also where different sneakers of Josh are kept. 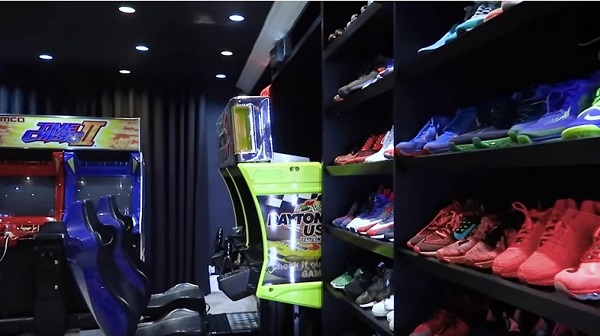 Kris really splurged her money to get her dream kitchen. Rose quartz was used for the kitchen's countertop and high-end appliances were used.

She also has a cabinet where she used to store and display her various collection of different mugs. 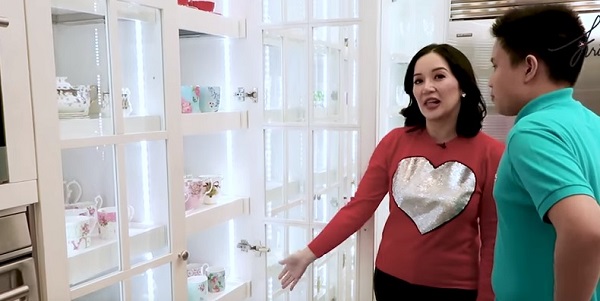 And the last part of the house that was featured was Kris' personal bathroom that is almost filled with various toiletries and essentials. 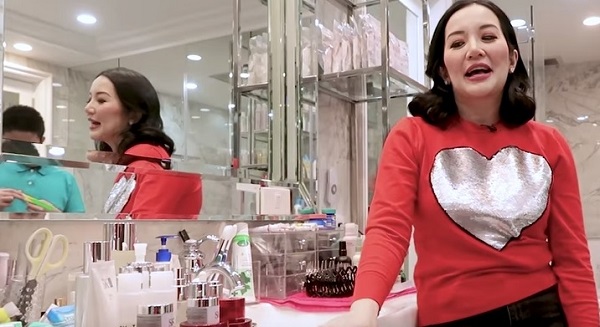 She also has her own tub and overhead is a huge flat screen tv so she can watch her favorite shows while having a relaxing bath. 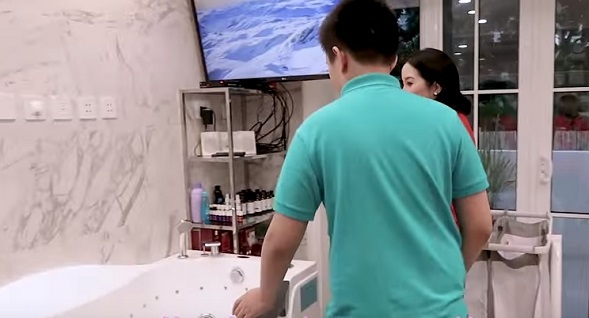 Kris is grateful for their blessings and to their supporters. She said that they would not be able to have this kind of life without the full support of her fans.