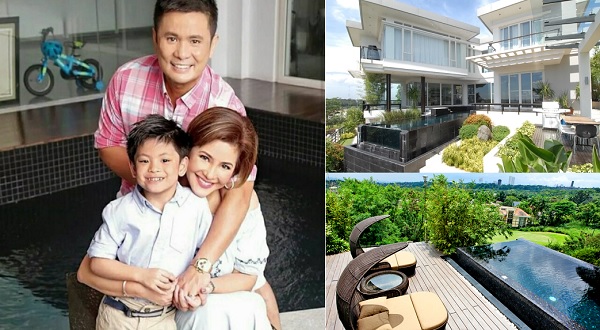 It is no wonder why this couple, Regine Velasquez and Ogie Alcasid are called "showbiz' power couple." With both amazing talent in singing and music writing, they surely have contributed a lot to the Philippine Music Industry.

It was in December 2010 when these famous singers have finally tied the knot. And to start their own family life, the couple moved into their house located in an exclusive village in Quezon City.

Regine specifically wants their home to be built on a hill since it has also been her dream house.

Take a look inside their beautiful three-storey home.

The house has a great view of the outdoors since it is surrounded by trees and lush greens. 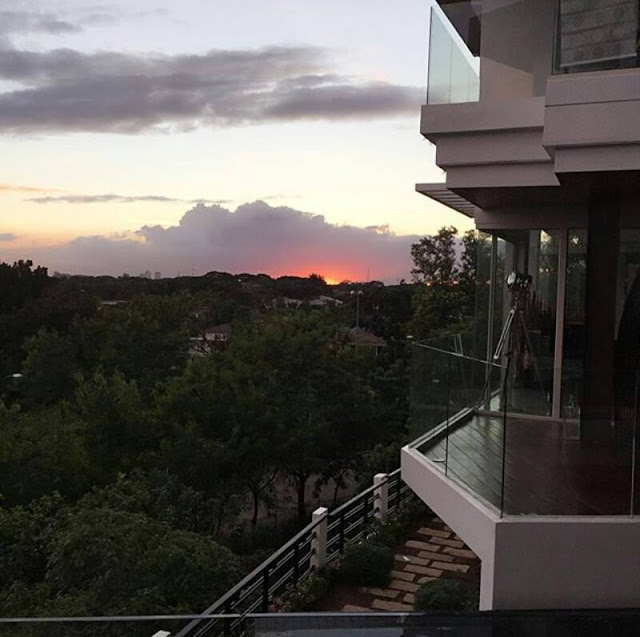 The living room is located on the second level of the house. It has a huge white ottoman sofa with an arched lamp that highlights the area which also serves as a coffee table. 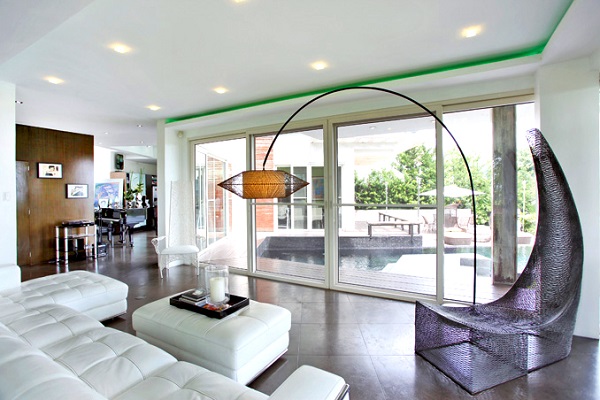 Regine opted to have an open-space layout for her kitchen which the whole food preparation can be seen by guests. She finds the concept practical because she wants a convenient access to her kitchen appliances. 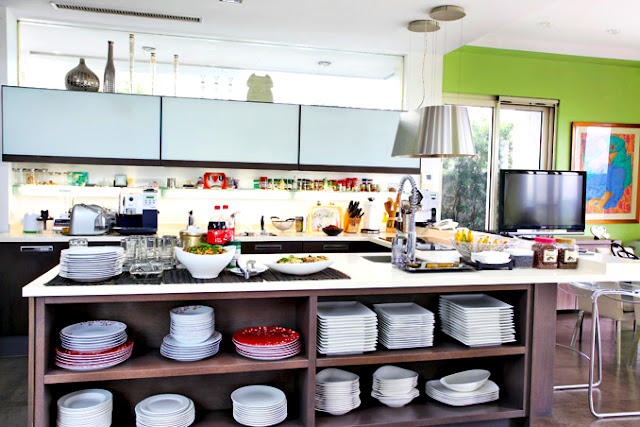 Next to her kitchen is the dining area which consists of an 8-seater dining table. Across it is a flat screen tv and a sideboard where Ogie keeps his Playstation video game console. 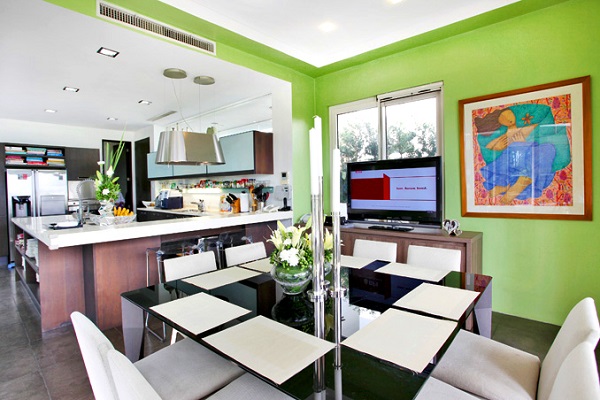 The singer-songwriter had placed his grand piano located near a glass window. It is also the same piano he has used to write songs. 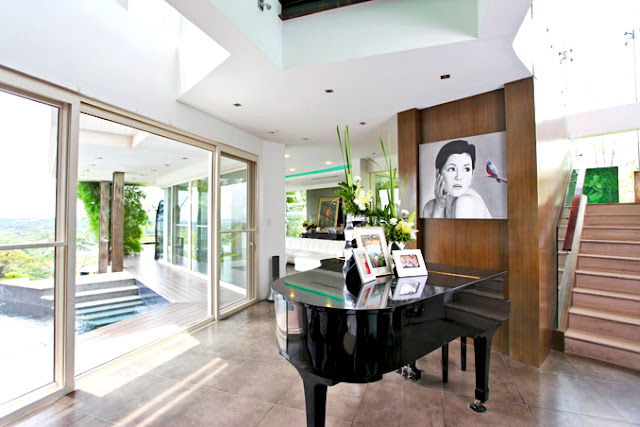 Aside from the elegant grand piano, Ogie would not be complete without his music room where all of the album production takes place. Specifically, this is Ogie's command center where he keeps all of his musical instruments, plaque of recognition for his albums, and various collection of superhero action figures. 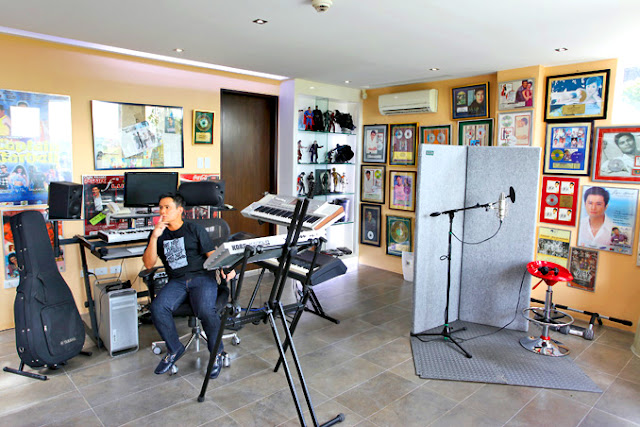 Ogie's home office is surrounded by glass panels which allow natural sunlight during the day, it also provides a relaxing view of the green outdoors. 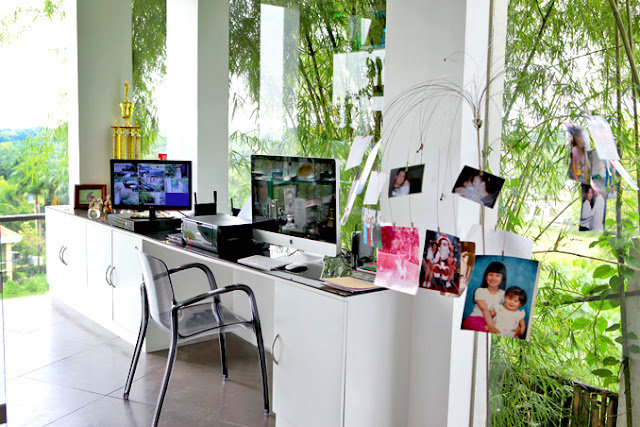 The house's staircase is paneled by a glass and accentuated by a red wall. An expensive looking painting is hanged on the wall, but according to Ogie, it was given to him by his brother. 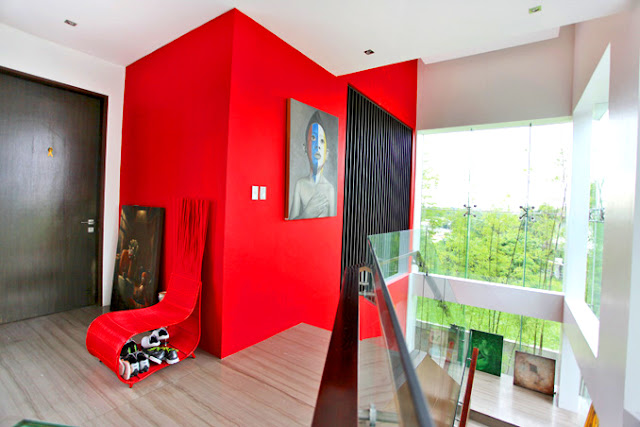 This is one of the house' bedroom. Who would not love sleeping in a cozy bed and waking up to a great view? 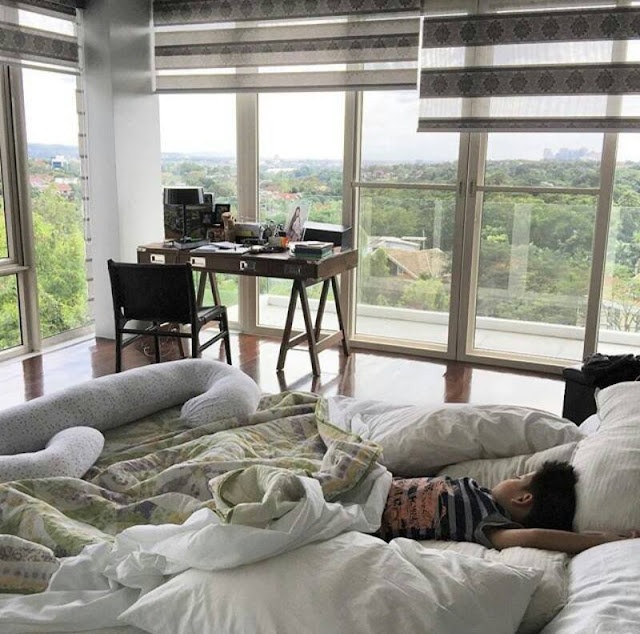 Another highlight in their house is the infinity pool, which according to Regine who loves swimming makes her feel she is in another country. 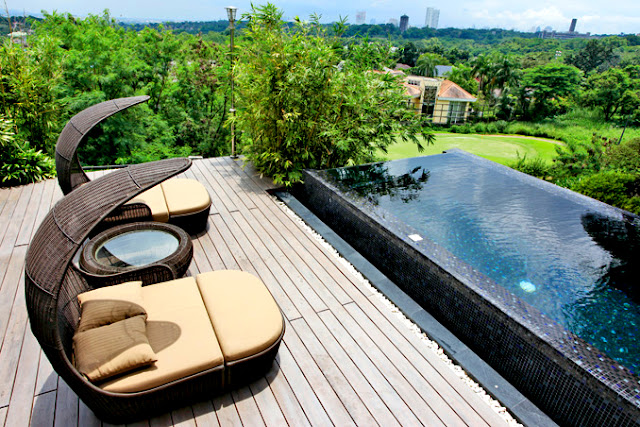 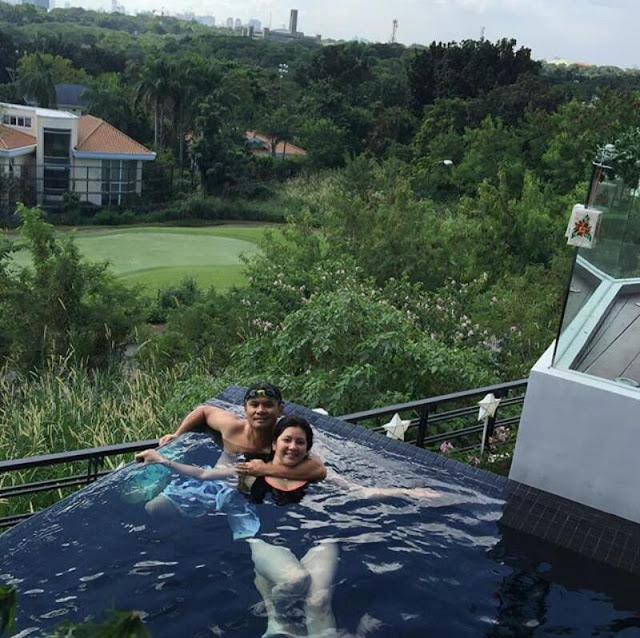 According to Ogie, the interiors and design do not really matter to him. What is more important is the life he and his wife create inside their beautiful home. The couple can proudly say that their home is the reflection of their life now.