Why These People Are Hanging Money From An Enchanted Balete Tree 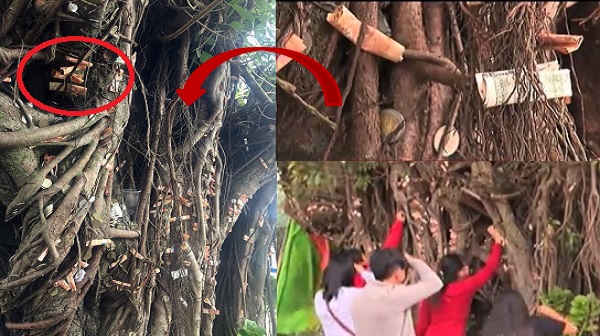 In the Philippines, a "balete" tree is considered an enchanted tree since some people believed that it is a home to supernatural creatures like "tikbalang," "dwende," and "kapre."

There is also an urban legend about a mysterious balete tree in the middle of the road in Balete Drive, Quezon City that during night time, the creepy white lady suddenly appears out of nowhere causing vehicles to stop. 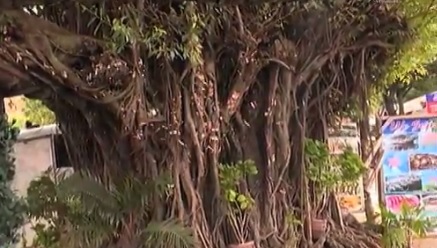 However, this balete tree located along the National Highway at Sitio Diriki, Barangay Davila in the town of Pasuquin is neither feared by people. In fact, it has even become a tourist attraction for people because of its enchanting story.

What is amazing is that tree is full of Philippine peso paper bills, coins, and including foreign money like dollars and riyals that are either hanged or clamped on the branches. 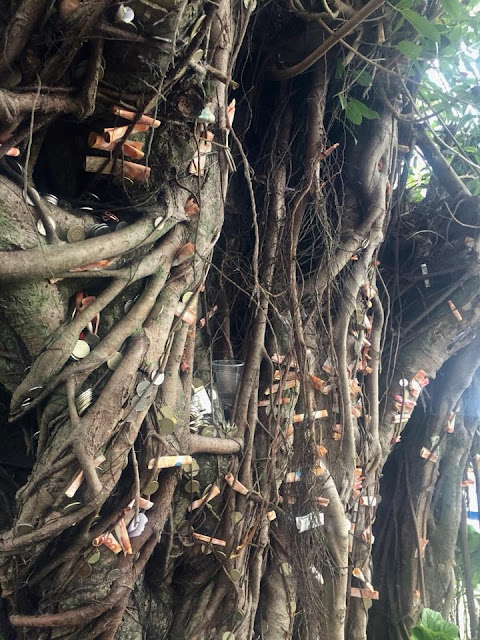 Instead of being called as a haunted tree, people have already called it as a "wishing tree". Since it was told that if you hang your money on the tree's bark, your wish will come true. 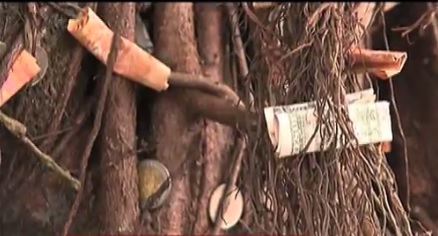 According to the owner of the restaurant near the tree's location, a foreigner once first put his money in there and he believed that balete trees bring good luck.

His act had been the talk of the town until people slowly began following what the foreigner did. They came to visit the tree to make a wish and hang whatever amount of money they want. 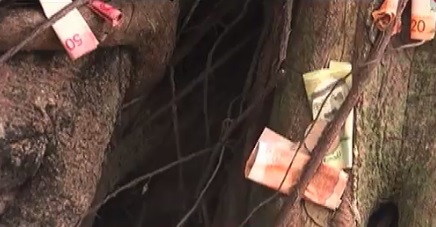 A man identified as Domingo Enciso, one of those who tried his luck by putting money on the balete tree said that if his wish was granted then that will be good. But if not, there is no harm in trying anyway, it is just a small amount of money. 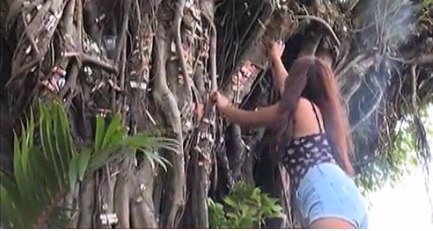 Would you also try your luck and make a wish in this old balete tree?