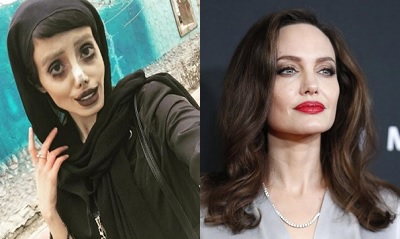 Some people who got the money to enhance more of their looks permanently undergo cosmetic surgeries. Especially if they are trying to look like their celebrity idols. Well honestly, the real purpose of cosmetic surgeries is to enhance a patient's appearance to make them look more beautiful.

But submitting yourself to numerous surgeries can only damage one's body. Just like this Iranian woman who bravely underwent tons of surgeries to transform herself to look like her idol, international actress, Angelina Jolie. 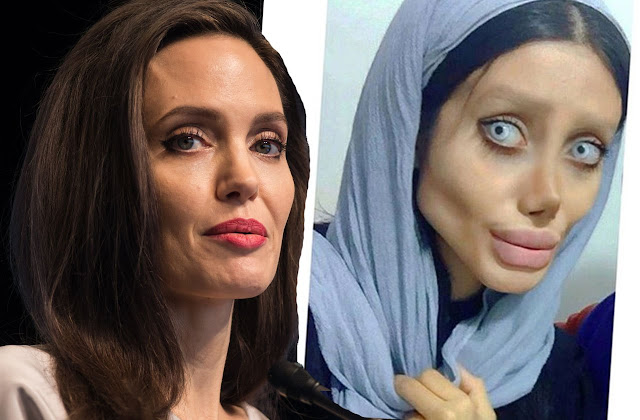 We may all know how beautiful Angelina is, with her prominent cheekbones and signature pouty lips, sure a lot of people would love to look like her. 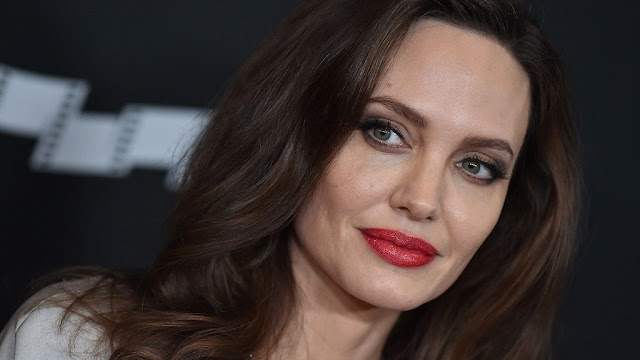 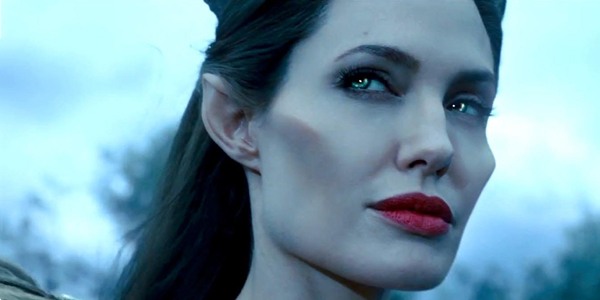 This Iranian woman, identified as Sahar Tabar claims that she has undergone 50 surgeries in just a few months to look like the international actress. She also went on a strict diet to get her weight down to 40kg. 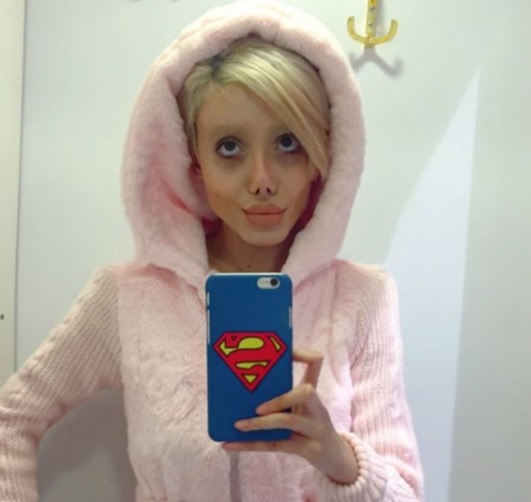 Sahar, who lives in Tehran, Iran has social media account where she posts pictures of herself showing her Angeline Jolie inspired face with sharp cheekbones and overly plump pouty lips.

Some fans also claim that she only uses makeup and clever prosthetics to enhance her looks. 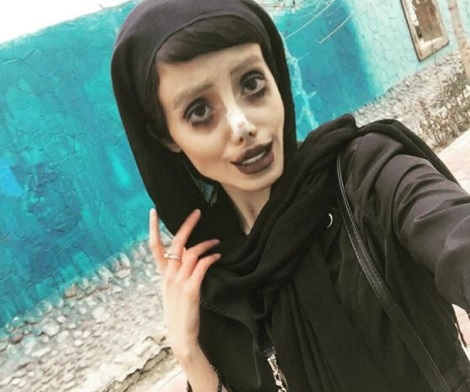 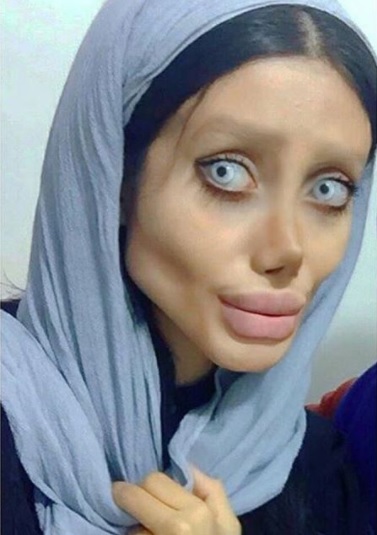 Though not all of her Instagram followers approve her look, some people even call her a "zombie" or a "corpse." 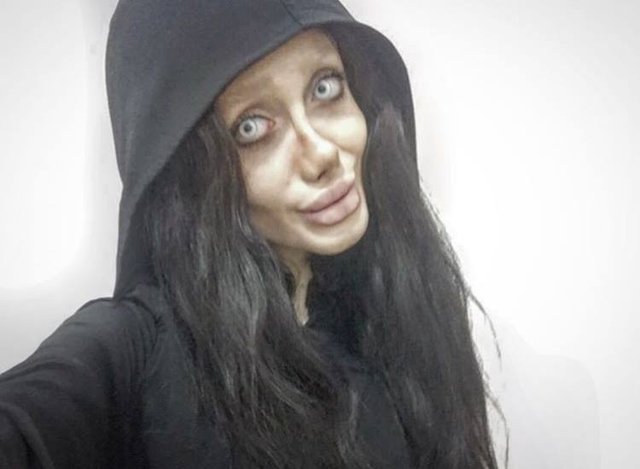 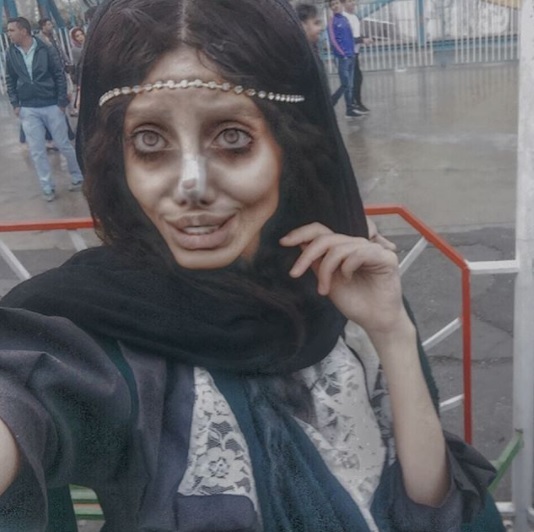 Before her numerous surgeries, Sahar is a normal looking girl with brown eyes and brown hair. 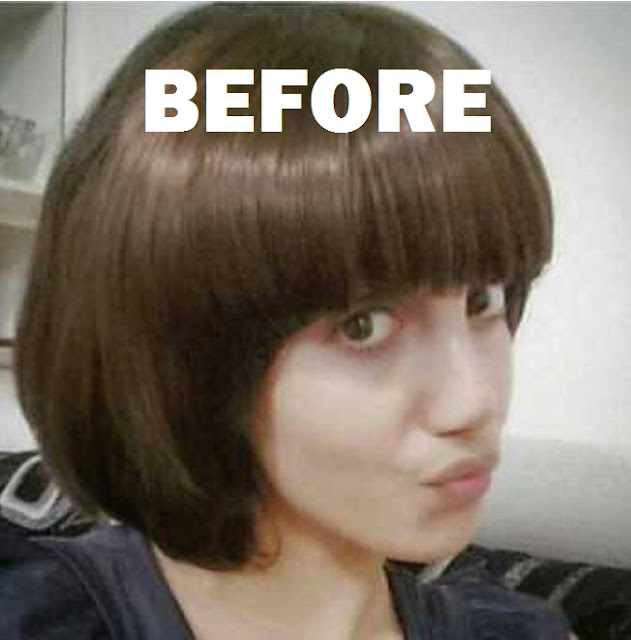 Now, to look like her idol, she wears grey blue contact lenses, appears to have lip fillers and a nose job. She also had piercings on her sunken cheeks. 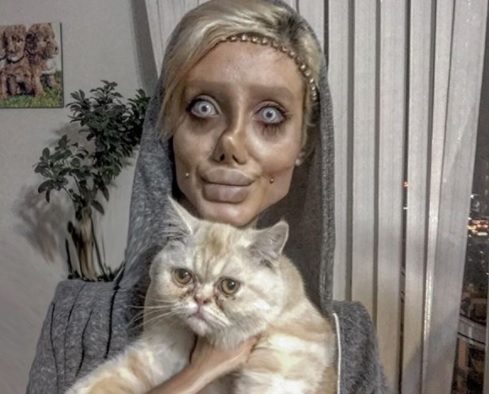 Some people are still not convinced that it is true that she went under the knife 50 times and she only uses special effects make-up. But anyhow, going out in the streets to look more like a corpse bride is as creepy as it can be. 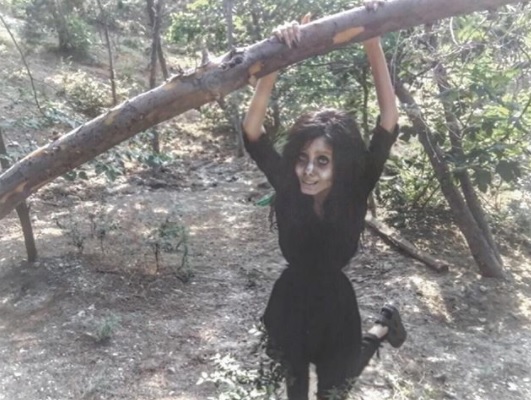 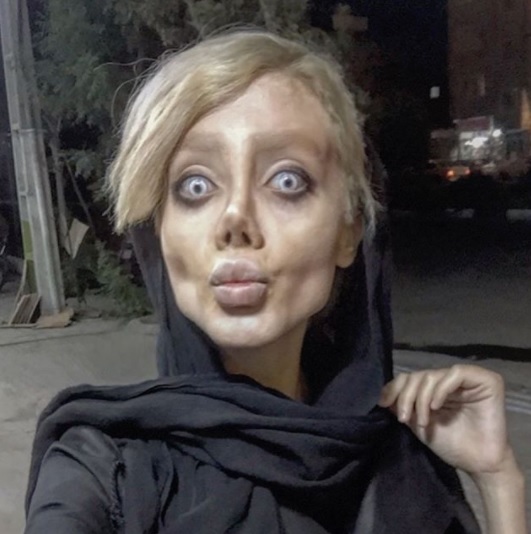 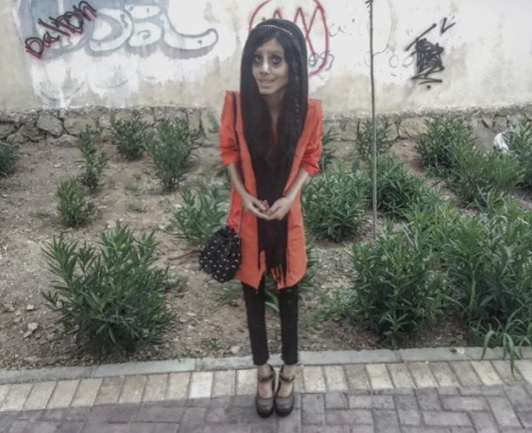