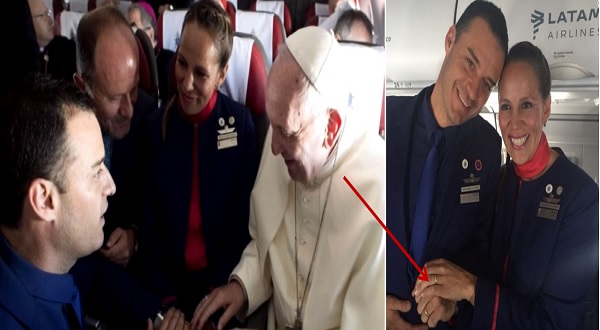 The pope is known as the supreme pontiff and the highest leader of the worldwide Catholic Church. It would be such a great honor for any couple to be blessed by the sacrament of marriage by him.

Last January 18, while Pope Francis was onboard in a Chilean Airplane, LATAM Airlines he pronounced an impromptu wedding ceremony of two lucky flight attendants while they were flying in mid-air. 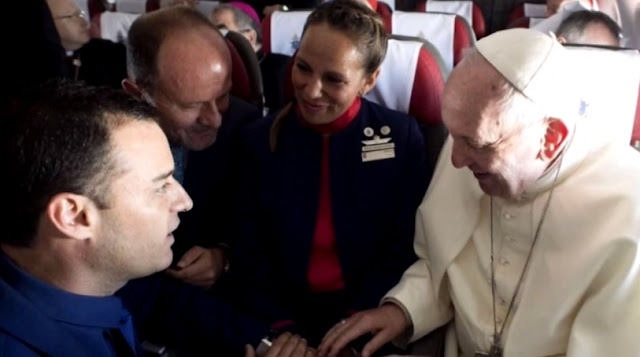 This was marked as the first ever airborne marriage officiated by the Pope.

The flight attendant couple, Carlos Ciuffardi and Paula Podest approached the Pontiff while aboard the LATAM flight from the Chilean capital of Santiago to Iquique to ask him for a picture. 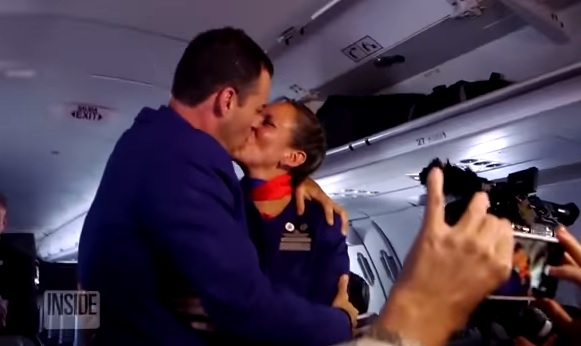 Pope Francis asked them if the couple were already married and they told their story.

Carlos and Paula had planned to have a church wedding in February 2010 but their plans were put on hold when their church collapsed after a devastating earthquake that hit Chile. 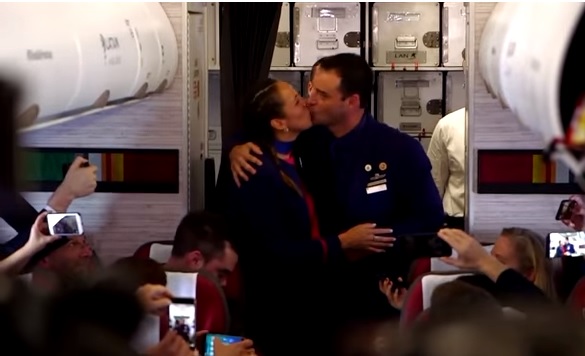 They have been rather united in a civil union, but not in a ceremony recognized by the holy Catholic Church.

The Pope asked the couple if they wanted to be married right at that time while on the plane and they both agreed.

The groom said in an interview, "He told me it's historic, that there has never before been a pope who married someone aboard a plane." 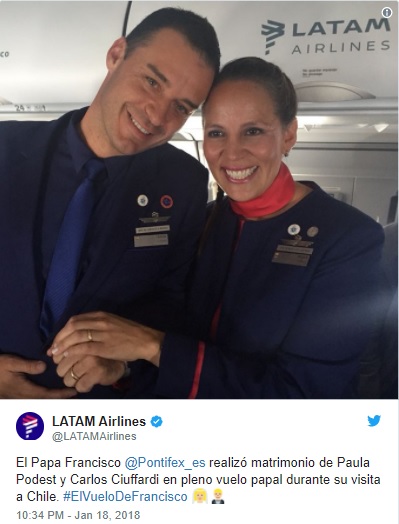 The couple needed a witness and a cardinal to draft the marriage. And fortunately, Pope Francis was accompanied by a Chilean cardinal who produced the handwritten legal document and was formally signed. The chairman of LATAM Airlines, Mauricio Amaro also served as their witness.

Right then and there the Holy Sacrament of Marriage was initiated. 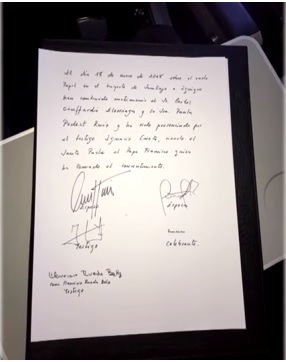 Pope Francies gifted the couple with rosaries, a white one for the bride and a black one for the groom.

"We can't believe the Pope married us. We have a Vatican document, it's all valid." the groom said happily.