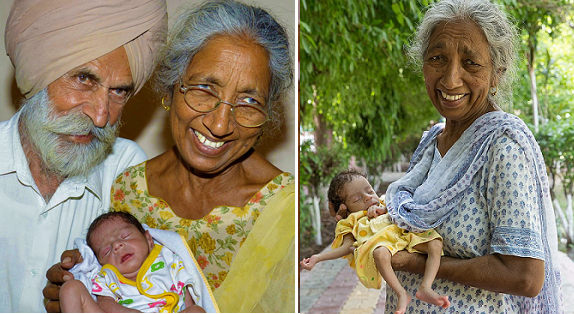 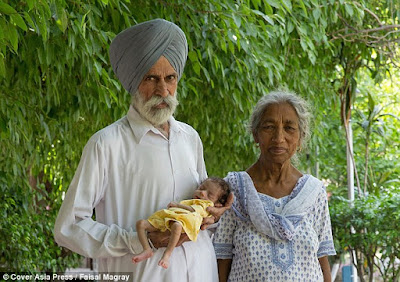 Now eleven month old, Armaan is crawling and Kaur said she is struggling to keep up with the toddler.
According to her, she is suffering from high blood pressure and weak joints. But she said she does not regret having her son. 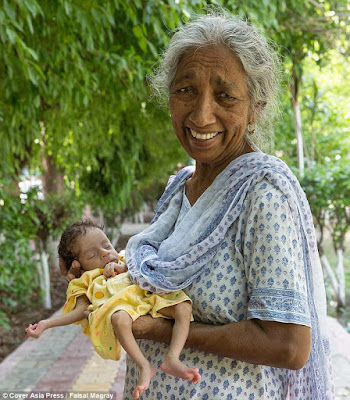 The woman told the new agency, "Since he's been crawling I'm on my hands and knees and it's hard. My body can't take it. It's been harder than I thought. I'm worried about Armaan. I have to take care of my health but I have to care of Armaan too."

After failing to conceive naturally during their 46-year marriage. Kaur and her 79-year-old husband, Mohinder Singh Gill underwent a successful in vitro-fertilisation (IVF) treatment after seeking help from the National Fertility and Test Tube Baby Center in the city of Hisar. 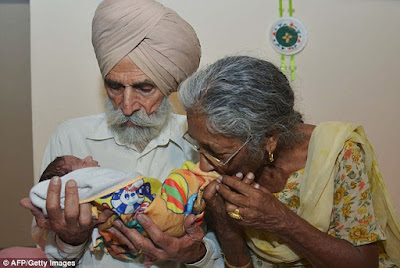 They began treatment using donor eggs at a fertility clinic in the northern state of Haryana. After two years and three rounds of treatment Armaan was conceived.
Some were reluctant to help the people conceive because they did not seem physically healthy enough to have a baby, but extensive medical tests proved otherwise. 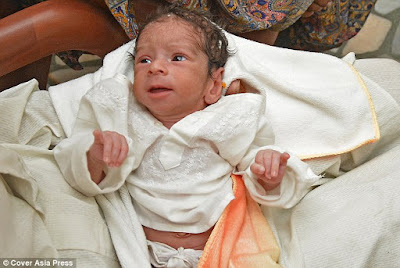 Armaan weighed just 3lbs 9oz at the time of birth and is still only weighs 15lbs.
'He's still underweight' she said. 'He's quite thin and even diapers of his age don't fit him.' 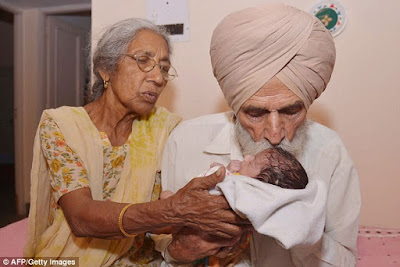 'He could possibly be thin because I didn't feed him properly. I stopped breastfeeding him at three months as my milk wasn't developing well.'
Armaan weighed just 3.9 lbs when he was born, but was described by his parents as "hearty and healthy".