One great way to see old Manila is to ride horse carriages locally known as 'calesa or caritela'. They exist purely for touritsts now and can be seen lying touritsts around the heritage trails of Rizal Park or Luneta, Fort Bonifacio, Chinatown and Intramuros. 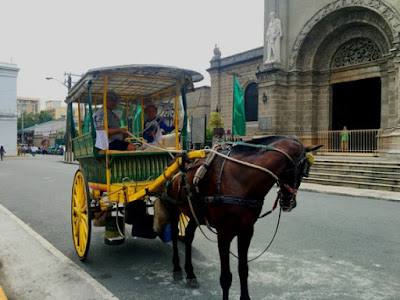 Eireene Jairee Desembrana Gomez posted a video which broke her heart. She saw a horse collapsing in front of Manila Times building on Sunday, January 21. Eireene believed that he horse fainted mainly due to overload of passengers.

Eireene saw the horse and she took a video of it. Here is her post: 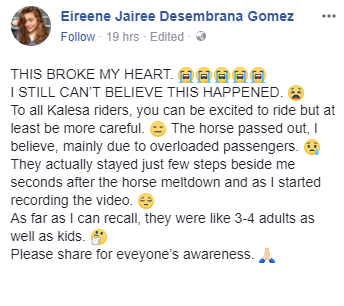 "THIS BROKE MY HEART. I STILL CAN'T BELIEVE THIS HAPPENED.
To all Kalesa riders, you can be excited to ride but at least be more careful. The horse passed out, I believe, mainly due to overload of passenger. They actually just stayed just few steps beside me seconds after the horse meltdown and as I satrted recording the video. As far as I can recall, they were like 3-4 adults as well as kids. Please Share for everyone's awareness. " 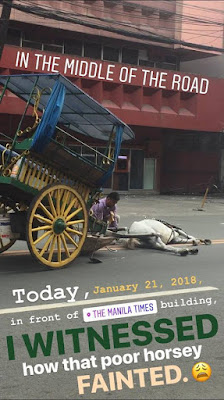