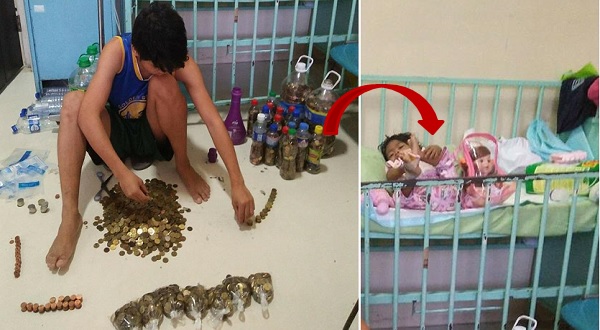 Being a parent can bring a big change in someone's life. They are willing to sacrifice even their own happiness just to keep their child safe and save them from any danger.

This humble father has proved to the world that even desperate times, he is willing to give up all his savings just for his daughter's operation. 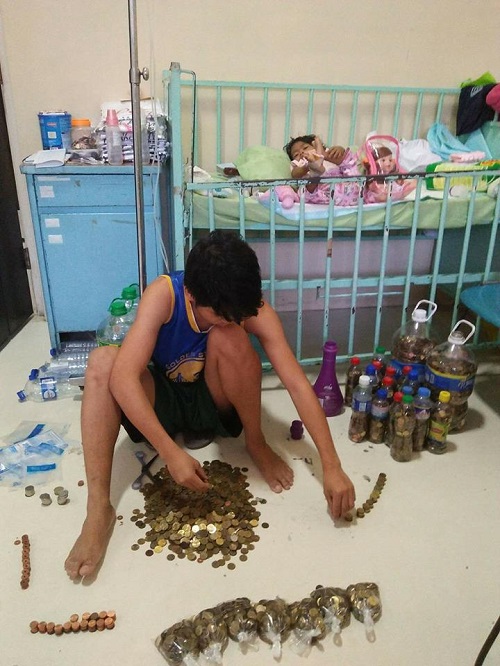 A Facebook user named Jenny Sumalpong shared on her social media account, a man in the hospital trying to count coins placed in clear water bottles to pay for the hospital bills of his sick daughter.

According to the post, the man in the photo was identified as Jeric Treste. His purpose for collecting the coins is that he hopes to collect enough amount of money in order to pay for his sick daughter's operation. 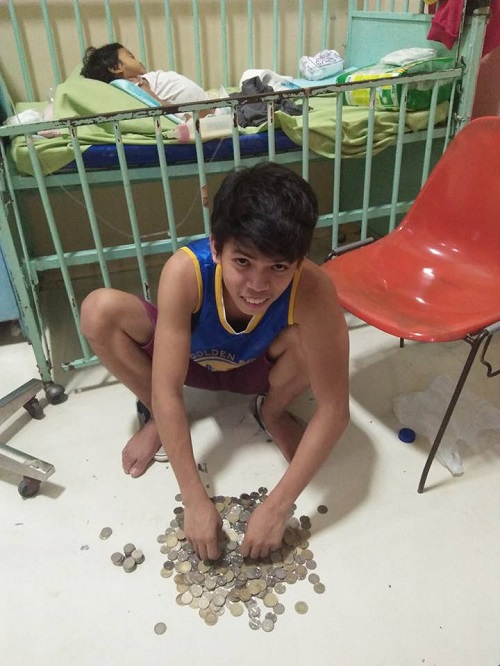 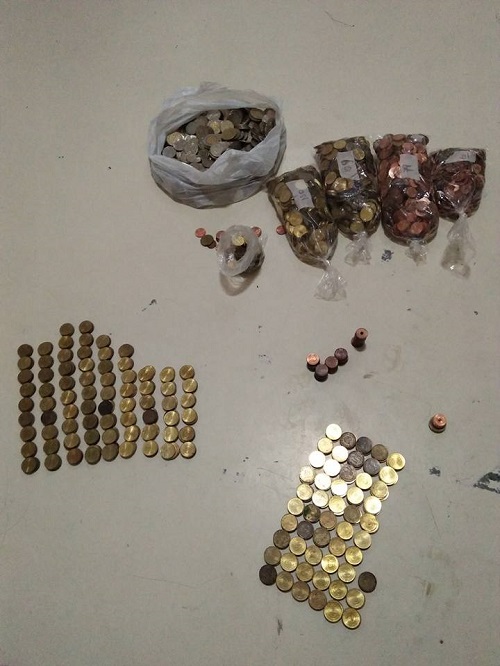 The sick kid was identified as Baby Esang who was seen lying in the hospital bed behind his father.

It turns out that Baby Esang is suffering from Biliary Atresia, a childhood condition in which the liver has one or more bile ducts that are abnormally narrow, blocked, or absent. 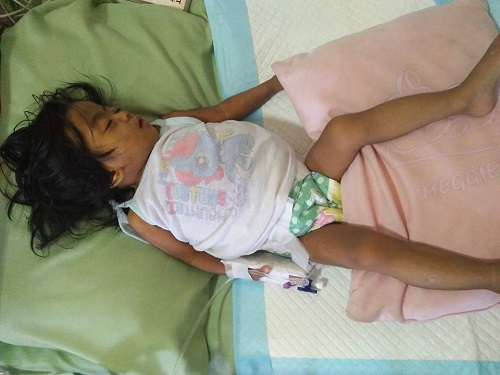 The concerned Facebook user is pleaing for donations from generous netizens to help Baby Esang and his family for her operation.

It can also be seen from the father's social media account that he really doing everything for his daugther and he was even trying to sell raffle tickets just to raise the money for his baby's operation. 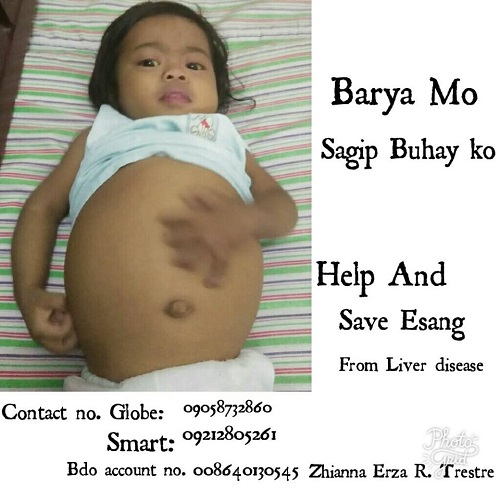 Their daughter is currently admitted at the Philippine Children Medical Center. Their family is still continuing their appeal for everyone who is willing to donate any amount of cash to help them pay for her daughter's hospital expenses. 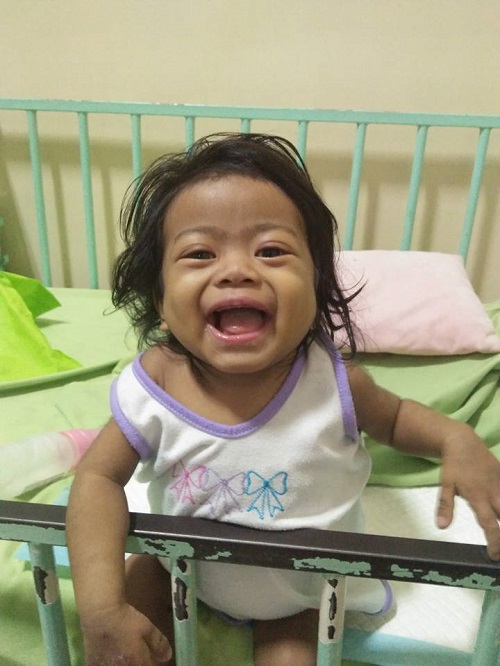 Though the operation has not yet been performed, the humble father is already extending his gratefulness to those who have helped and continuously helping their family amidst this life crisis.