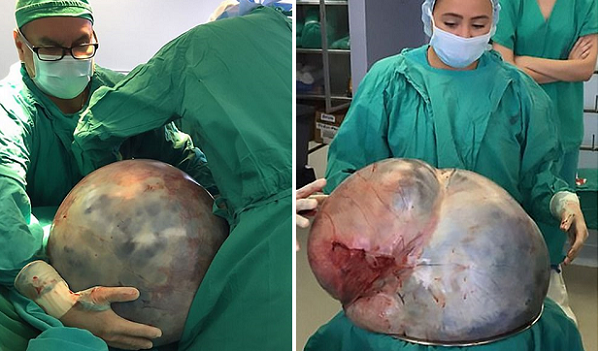 A woman from Costa Rica captured everyone's attention after she topped the headlines because she had a giant tumor.
57-year-old Sonia Lopez put off the procedure for eight years for her personal reasons but she was then eventually forced to go under operation when the growth of the tumor took over 80% of her abdomen. 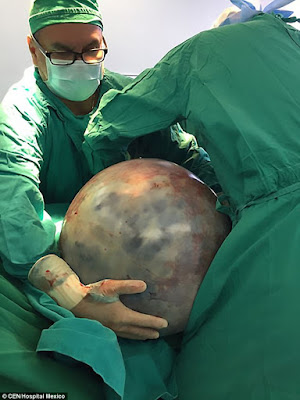 The tumor was already crushing her intestines, liver, and diaphragm.
Lopez, who had already dropped six stones when she had her tumor removed, was told that the growth of her tumor could have caused her to suffer a heart attack due to the pressure it puts on her organs.
After she suffered from breathing problems, she had the operation at a Hospital in Mexico which involves five surgeons removing the 5.35 stones. 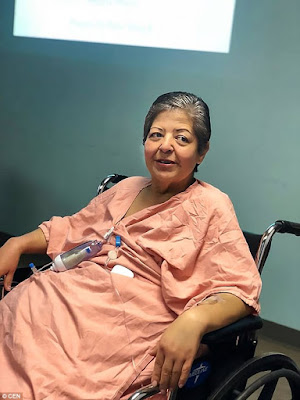 According to Lopez, "I was very tired and felt very ill beforehand. From how I felt before to the way I feel now, It's like a journey from the sun to the Earth. I feel like I've been born again."
She previously weighed 20 stones, making her too large for doctors to take a CAT scan or clear Xrays when she was admitted to the hospital.
Lopez's surgeon said: "We see three or four giant tumors every year but never something this big."
Lopez, whose surgeon believes she broke a world record, is recovering well and awaiting results to determine if the growth of her tumour is cancerous.